What Is Upthrust Force?

When a body is immersed in a liquid, the liquid exerts an upward force. This upward force is known as Upthrust. In a liquid, a body experiences two forces: 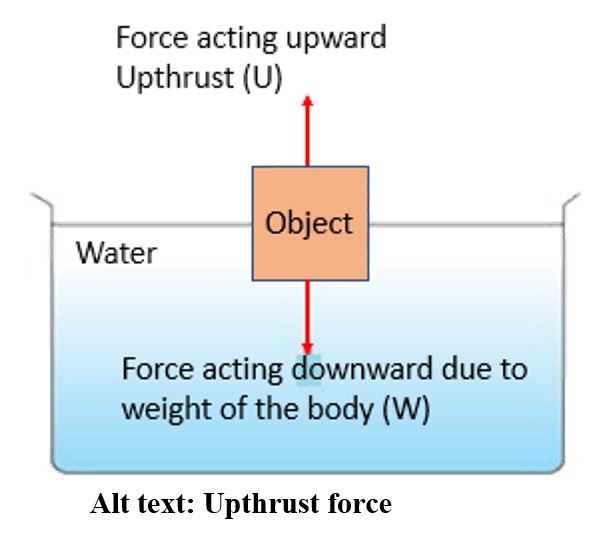 The formula to calculate the body’s weight in the liquid is:

A heavy object may also float in water depends how many units of liquid it can displace.

If a steel ship and a steel ball of equal weight are placed in the water, the boat ship might float while the ball of similar weight might sink.
The reasons are: 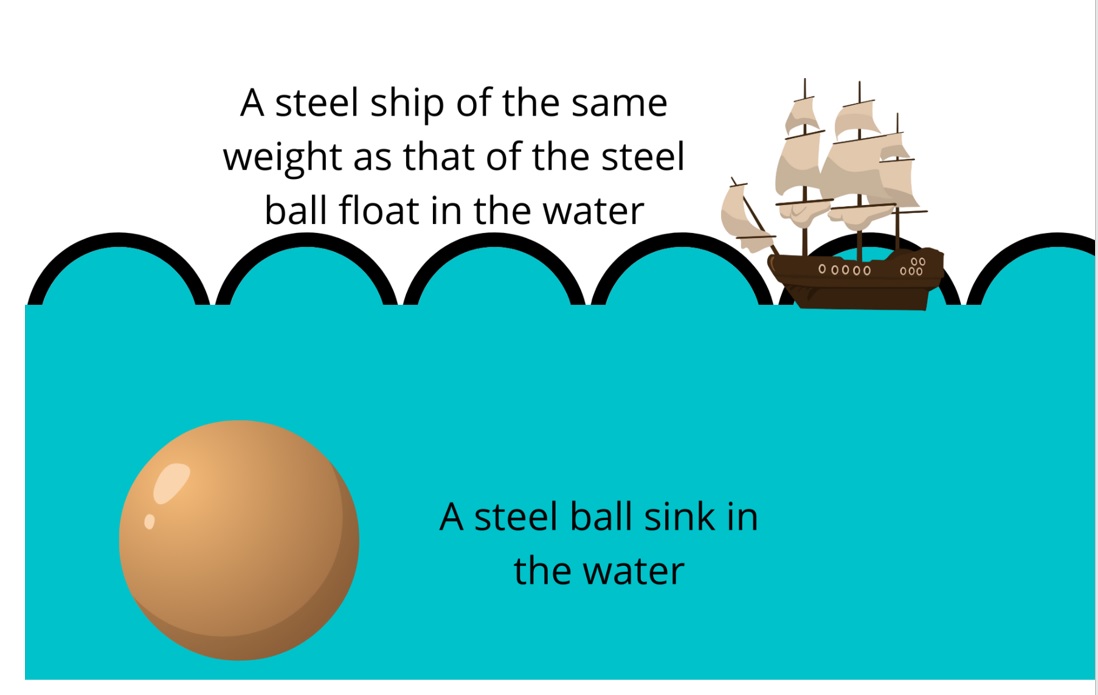 Therefore, the weight of the wooden block in the water is 8 gf.

The object’s weight in the Water and the Air Is 18 Kgf and 8 Kgf, respectively. Find the Upthrust That Will Act on the Object When Placed in Water.

Since the upthrust on the ball B is more than the weight of the ball B (U > W). Therefore, ball B will float.