In the 15th century, poems were sung during plays and street performances. Many songs originated from poems. To aid students in learning to write poems, learning beyond the topic elucidates the essence of poems using songs. Students will learn to write poems with the help of songs in this topic, ‘Write a Folk Song’.

I. How to Write a Folk Song?

The music and songs made by common people that are transmitted from one generation to another are called folk songs or traditional music. There is folk music everywhere in the world, especially in rural areas. Most folk songs have more to do with singing and instrument playing. There are different forms of folk songs.

In India, a few folk songs are listed below:

b) Choose the Right Song for You

There are so many folk songs. Choose a song or tune you want to sing to. Some songs are easy, and some have very difficult lyrics and melodies. You can start with slow songs with a low tempo.

c) Write the Lyrics for the Song

Once you have your song of choice selected, you can use the tune of the song later when you are ready to sing. But before that, you need to write the lyrics of the song. The lyrics are the words used in the long. It is easy to write lyrics if you know how to write a poem. You need to choose any topic that interests you. For instance, you can write about your day at school, a picnic day, or exam preparations and write a few lines on the topic of your choice.

d) Format of the lyric is similar to that of a poem.

For your first song, you can start with five lines.

d) Format of Writing Lyrics for a Song

Write the lyrics for the song by using the clues given below:

Below is a list of topics you could choose to write a folk song. 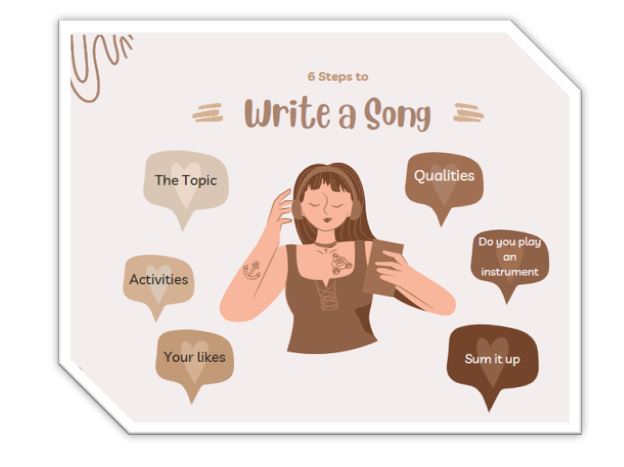 Most of the time, songs can be sung with just your voice and a few handclaps, but to take it to a higher level, some people like to play instrument, such as a keyboard, violin, sitar etc. If you play any of these instruments while singing the folk song, mention it in the song. 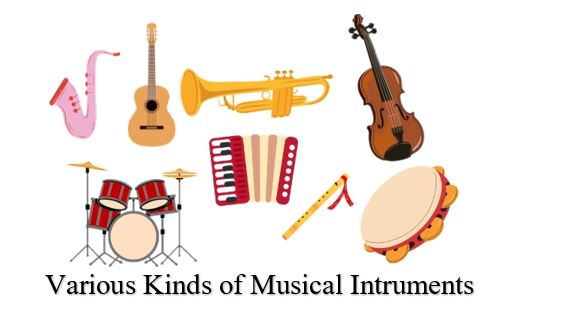 While writing the lyrics to the song, try to include the rhyming words in the lyrics. This will make the song sound like melodies.

Life
Is long, and interesting
Playing, studying, living
I want to sing and dance
Sweet life of mine

How are New Words used to Write about ‘sing a song’?

The new words used in this essay are the names of the instruments used while singing a song.

How to Use Action Words when learning how to write a Folk Song’?

Action words refer to words that speak about the actions performed by the noun in the sentence.

How are Rhyming Words Used in Writing About Singing a Folk song?

Rhyming words are words that sound similar. There could be two or more two words which end with the same sound.


Write lyrics on a song of your choice using the literary devices taught.