Describing words in English is used to provide more specific information about an object’s colour, shape, texture, size, etc. This learning concept will cover the significance of describing words and their usage in sentences.

The students will also learn about the following:

Download the describing words worksheet for class 1 and check your answers with the worksheet solutions provided in PDF format.

The words two, soft, round and blue are describing the nouns - birds, teddy, bed, and dress. Therefore, we can call them describing words.

There are a thousand ways we can describe something using adjectives. They can describe the colour, shape, size, smell, and texture of a thing.

Words that describe the shape of a noun can be considered as describing words. Shapes such as: square, triangle, round, etc. 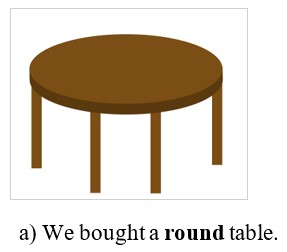 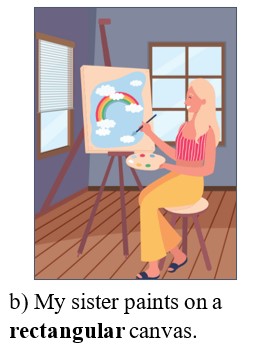 We use these words to talk about size of someone or something. Words like little, tiny, small, big, huge, medium… etc. 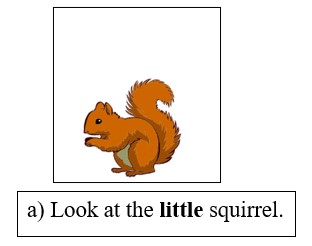 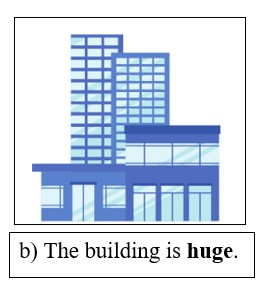 These describing words are used to talk about the colour of a noun. Words like: Red, Blue, Yellow, Green, Blue, Black, White… etc. 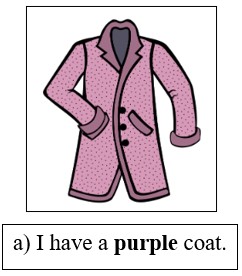 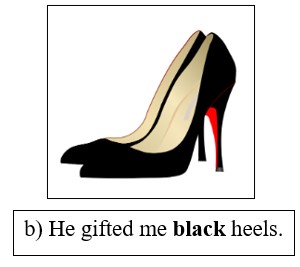 The below mentioned words are adjectives because they are used to describe the number or quantity of something or someone. The words like One, Hundred, Thousand, Million, A lot, A few, Many… etc. 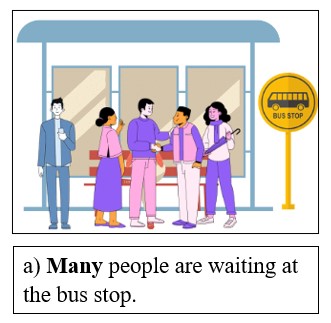 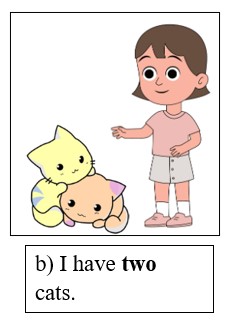 These are the words we use to describe the taste of food. For instance, Sweet, Bitter, Sour, Spicy, … etc 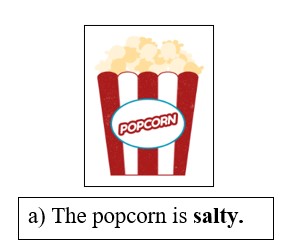 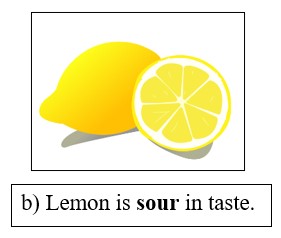 When we describe the smell of something we use these words. Words such as Stinky, Musty, Flowery, Nasty, …etc. 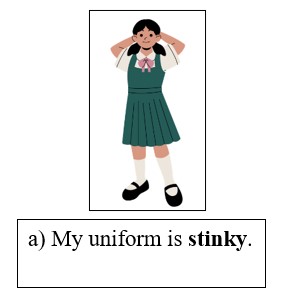 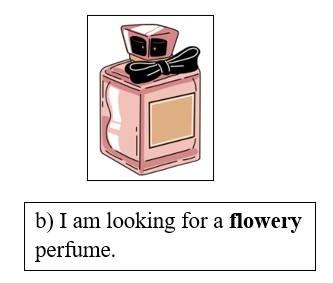 These words are used to describe the sound of a noun.Yuo can use words like Loud, Quiet, Silent, Roar, Coo… etc. 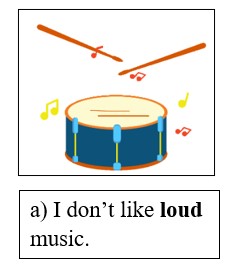 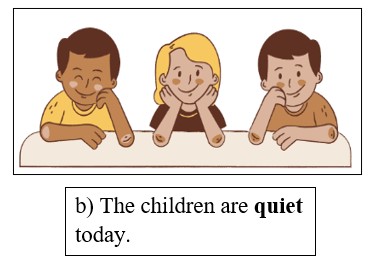 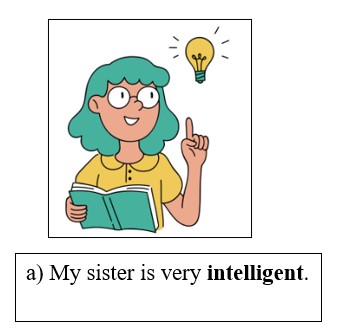 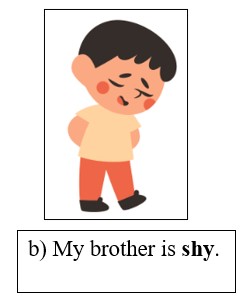 We use these words to talk about the texture of something. For instance, Soft, Hard, Fluff, Rough, Smooth, Slimy…etc. 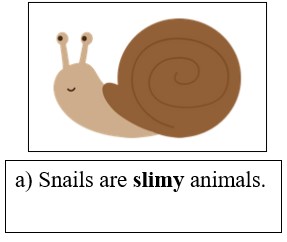 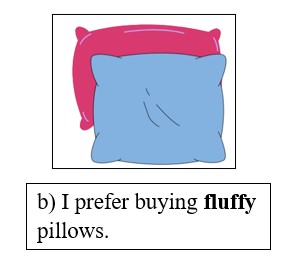 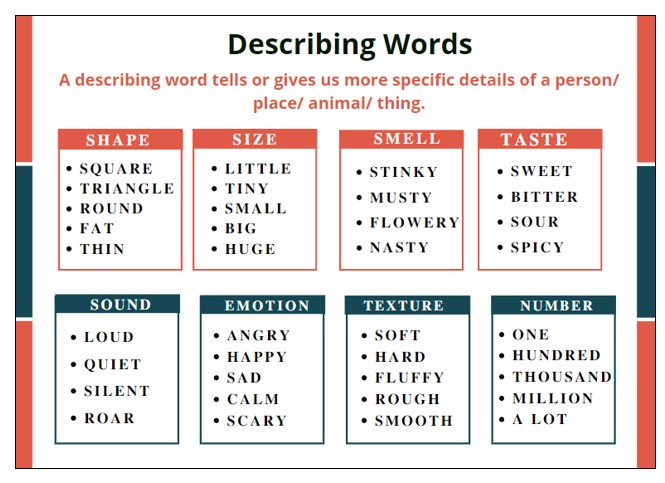