Usage of inside outside above below for class 1 English

Position words are used in front of a noun, pronoun to indicate time, place, location, direction, etc. In this learning concept, the topic has been precisely elaborated with the definition of position words, the example of position words. Moreover, students are made aware of the potential errors and exceptions that might occur when using them. To understand better, take a look at the position word concept.

The students will also gain knowledge of the following key points associated with this concept:

Each concept is explained to class 1 English students using illustrations, examples, and mind maps. You can assess your learning by solving the two printable worksheets given at the end of the page.

Download the position words worksheet for class 1 and check the solutions provided in PDF format.

What is a position word? 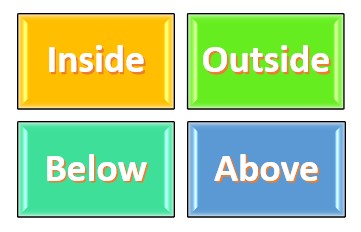 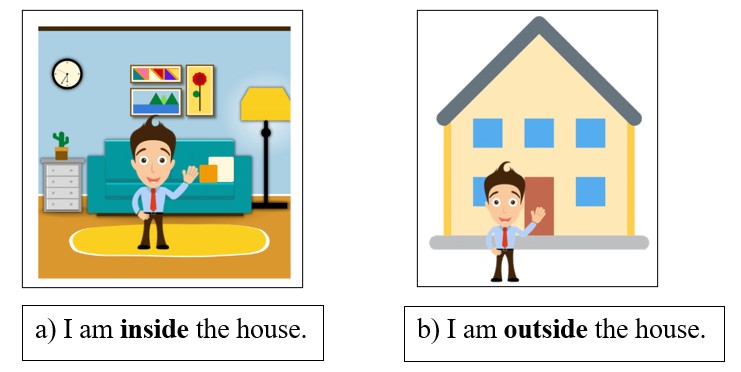 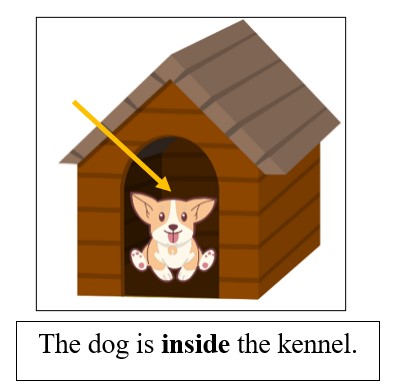 The dog is staying within the closed space of the kennel. Therefore, we used ‘inside’ to indicate its position. 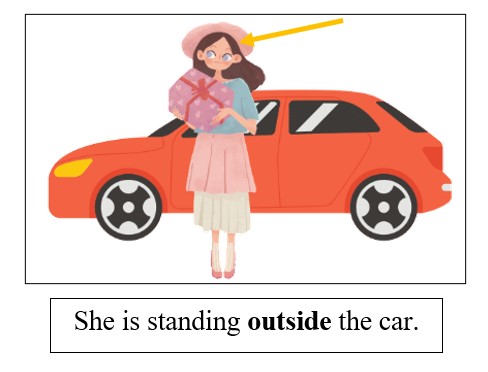 The girl is not in the car. She is standing near the side of the car. The position word to be used here is ‘outside’ as it talks about her position.

The position word ‘below’ indicates the position to some way lower than something else. 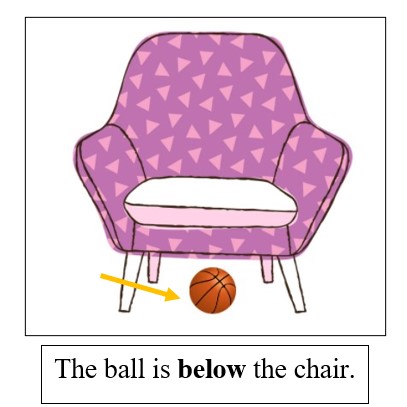 The ball is not at the same level as the sofa. It is under (at the lower level) the sofa. The position word ‘below’ describes the position of the ball.

The position word ‘above’ means ‘is above something else’. We use this word to refer to an object that is at a higher level than something. 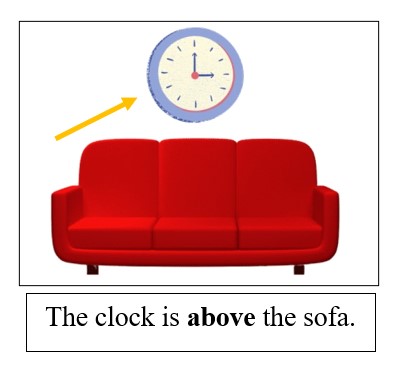 The clock is at a higher level than the sofa. The position word ‘above’ refers to the position of the clock.

Don’t place position words after the nouns or pronouns. They will always come before the noun or pronouns. 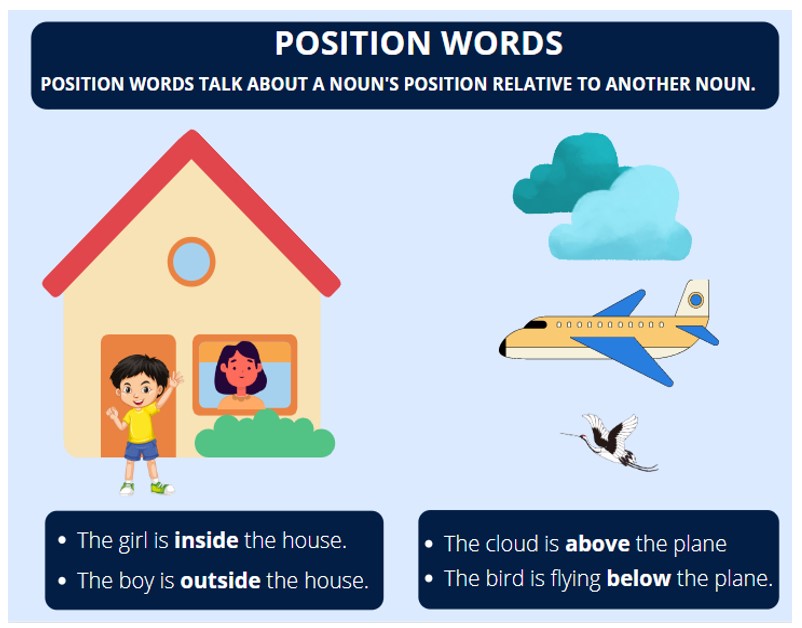