A verb is often used to indicate an action. Action words tell what the subject of a sentence is doing. In this learning concept, students will be taught about verb definitions and examples and the rules for using them. They will also go through the common mistake and mind maps to get a better understanding of the concept.

Each concept is explained to class 1 students using examples, illustrations, and concept maps. After you go through a concept, assess your learning by solving the two printable action words worksheet for class 1 given at the end of the page.
Download the worksheet on verbs for class 1 and check your answers with the worksheet solutions provided in PDF format.

What are Action Words?

Words that show the action that someone or something is doing are called action words. 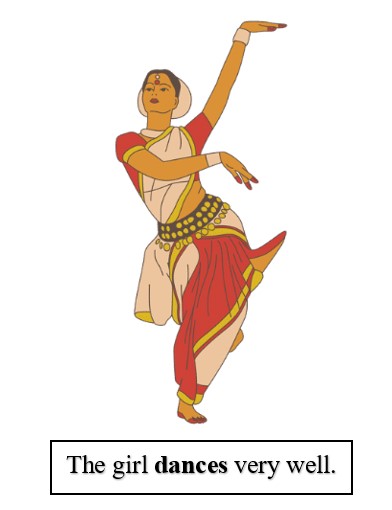 The word ‘dances’ indicates that the girl is performing an action. Therefore, it is an action word. 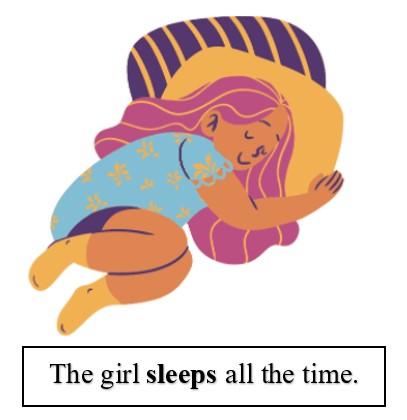 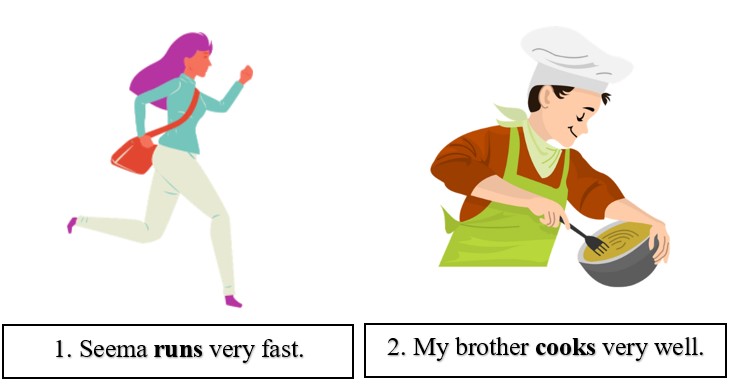 In these above examples, the words ‘runs’, ‘cook’, ‘swims’, ‘cries’, ‘eat’, and ‘loves’ are all doing words or action words. Because they all denote action or work done by a person or animal, these words can also be mentioned as verbs.

a) He goes to school every day.

c) It gives us milk.

In these examples, we added ‘-es’ or ‘-s’ at the end of each action word because they are placed with the singular pronouns ‘he’, ‘she’, and ‘it’.

2. When we use action words with the plural nouns and pronouns ‘we’, ‘they’, and ‘you’, the action word is written in the plural form, which means there are no ‘s’ or ‘es’ added to the end of the sentence.

a) I learn French from school.

b) You write a poem.

c) We play cricket with our friends.

d) They jump over the fence.

Don’t add ‘-s’ or ‘-es’ to the action words with the pronoun ‘you’ even when the pronoun refers to a singular object or person. 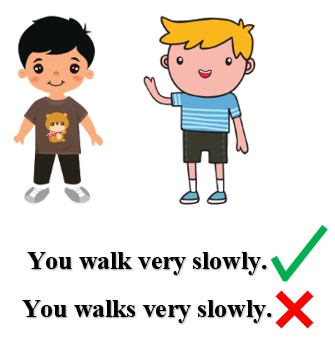 Even though the pronoun ‘you’ is referring to a singular person, the action word ‘walk’ remains the same. We didn’t change the form of the action word. 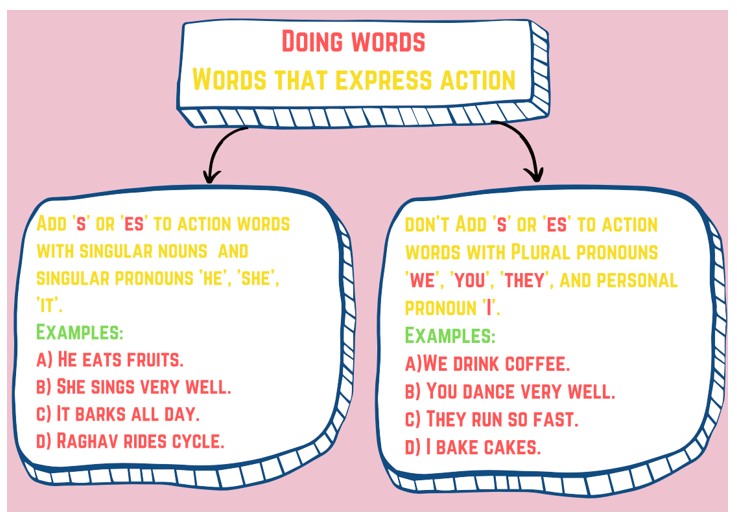