Definite Article 'The' for Class 1 English

Students will also come across:

Download the article worksheet for class 1 and check your answers with the worksheet solution provided in PDF format.

We have already discussed the articles ‘a’ and ‘an’ in the previous lesson. In this lesson, we will talk about the article ‘the’.

The Use of the Article ‘the’:

1. We use ‘the’ before the noun that shows any particular, specific, or unique person, place, animal, or thing. 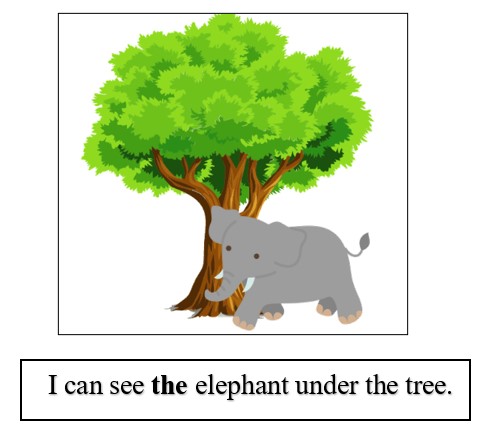 The above sentence shows a particular elephant that the speaker saw standing under the tree. Therefore, we used ‘the’ to denote the noun.

2. Article ‘the’ can show both singular and plural nouns if the noun is specific.

In this example, we used ‘the’ before a singular specific noun ‘red dress’ and a plural specific noun ‘two shoes’, as the speaker knows about which red dress & shoes Riya brought.

3. Article ‘the’ is used with the names of oceans, seas, rivers, canals. 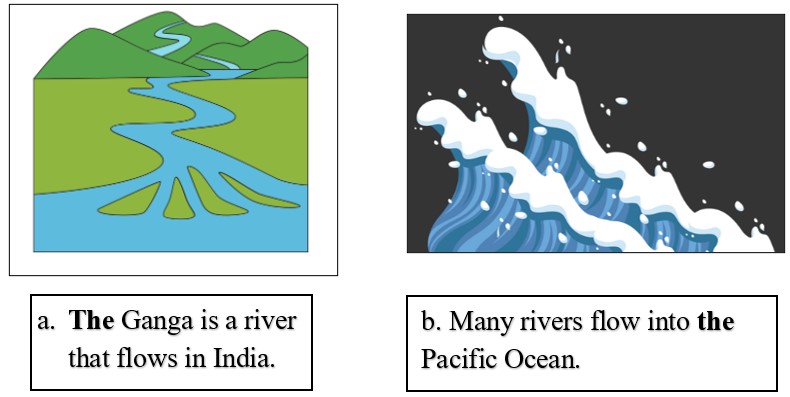 4. We use article ‘the’ before the names of celestial objects. 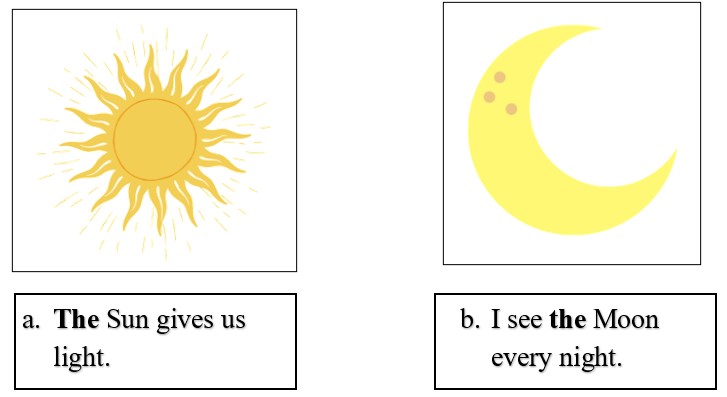 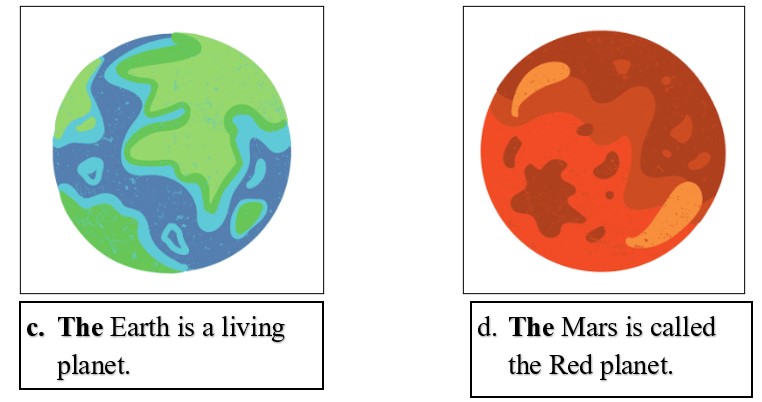 5. We use the article ‘the’ before a noun that has previously been mentioned in a sentence. 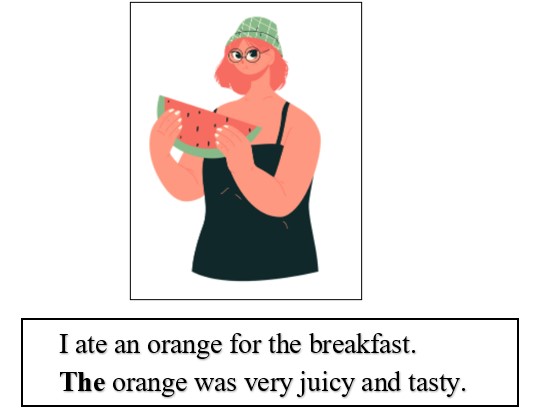 In this example, we used ‘an’ before orange in the first sentence. But in the second line, we used ‘the’ before the noun (orange) because we have already mentioned it in the previous sentence.

Don’t use ‘the’ before a noun that is not specific. Always use the article ‘a’ or ‘an’ for unspecific nouns.

Look at the points to follow while using the article ‘the’. 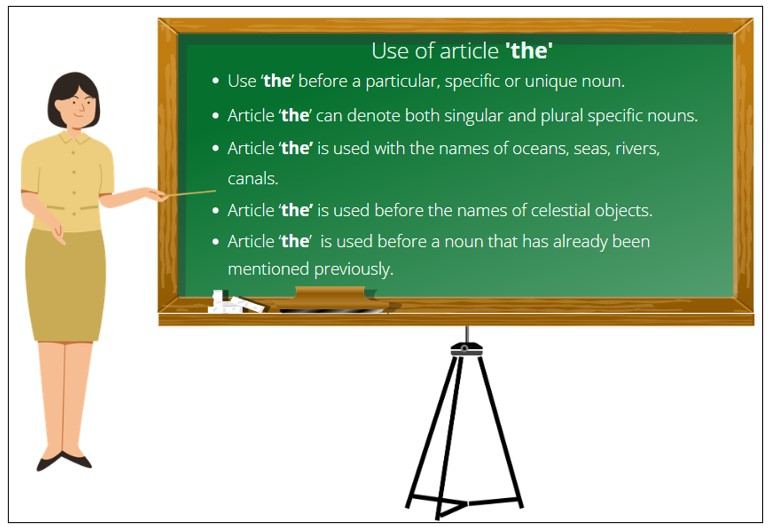