In this rhyme, the words “Humpty” and “dumpty” rhyme. Both have the same ending, and they sound almost the same when we utter these two words.

The words “wall” and “fall” also rhyme in this poem. Though they don’t sit next to each other in the sentence, they rhyme with each other.

Let’s look at a few more examples below: 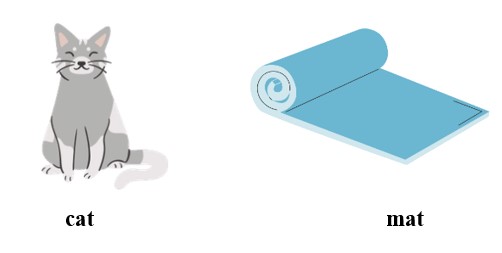 In this example, both the words end with the sound ‘at’.
b) 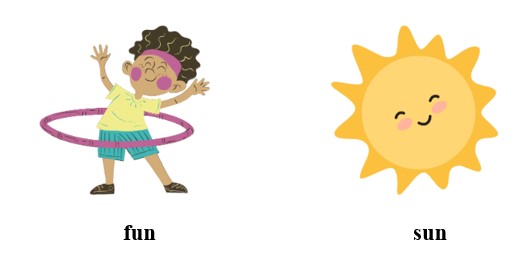 Look at the list of rhyming words that we often use.

Why do we use rhyming words?

Rhyming words do not always have to look the same or similar.

The words “sky” and “pie” do not look the same. They do not even have the same letters.

However, both the words sound similar when we say them out loud. 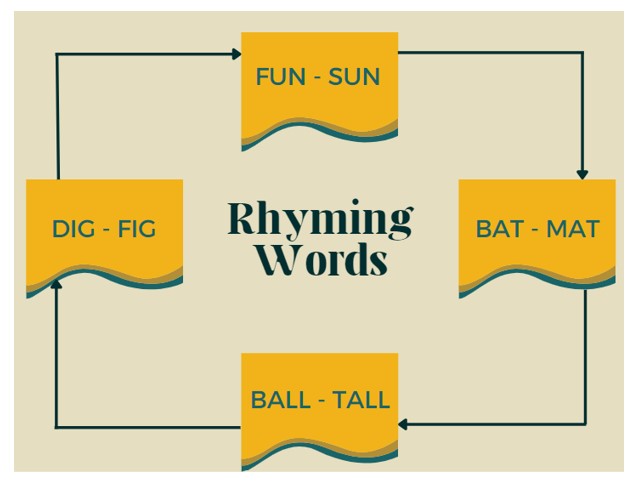