Contraction words are formed by combining two words and omitting one or more letters. Students are made aware of the significance of positive contraction and the formation of positive words.

Each concept is explained to class 1 English students using examples, illustrations, and concept maps. After you go through a concept, assess your learning by solving the two printable worksheets given at the end of the page.
Download the contractions worksheets and check your answers with the worksheet solutions provided in PDF format.

Contractions made by joining a pronoun and a verb is as follows: 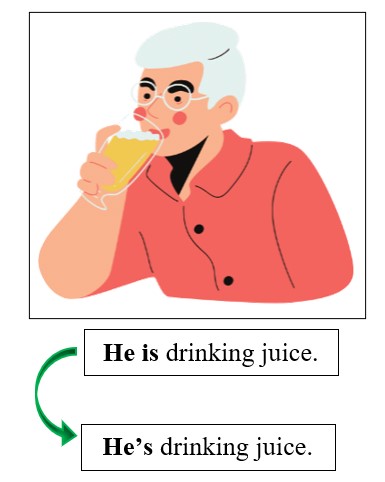 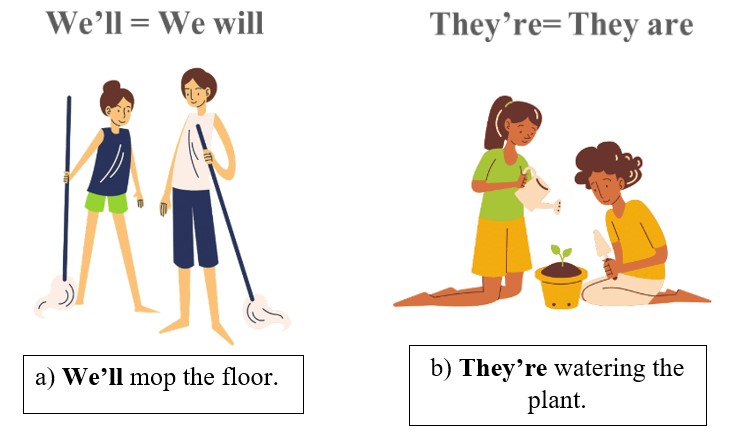 In both the sentences, the contractions are formed by combining two words; pronouns (we, they) and auxiliary verb (will, are).

Look at the examples where we have used positive contractions:

Don’t get confused between ‘its’ and ‘it’s. 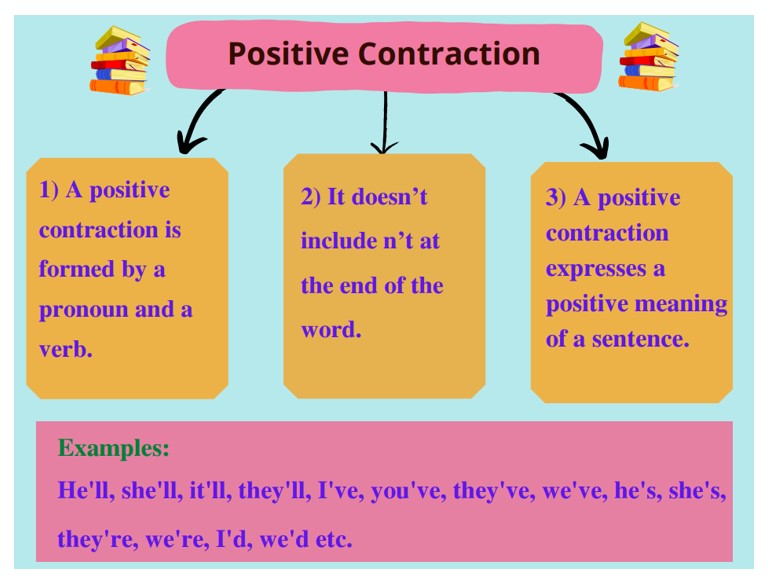