A singular noun denotes only one, while a plural noun denotes more than one. Most plural nouns are formed by adding ‘s’ or ‘es’ at the end of a singular noun. Depending on what letter a noun ends in, pluralization rules can vary greatly. In this topic, students will get to learn about the rules of making singular nouns into plural nouns. Students can check the chapter on difference between one and many.

Download the singular plural worksheets pdf and check your answers with the worksheet solutions provided in PDF format.

Rules to Make Singular Nouns into a Plural noun

a) Add ‘s’ with the singular noun to make it into a plural noun.

The singular form is ‘dog’.

The plural form is ‘dogs’.

These nouns are known as irregular nouns.

d) When a singular noun ends with a consonant and ‘y’, change the ‘y’ to ‘i’ and add ‘-es’ with the singular noun to make into a plural noun.

I have two children.

I have two childs. 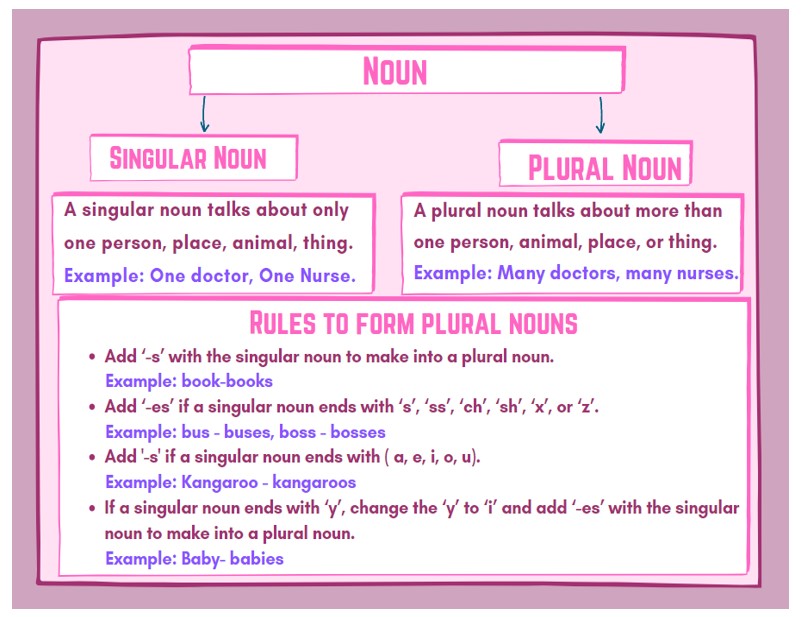