Sentences and Questions with did and do for Class 1 English

The words do, and did are examples of auxiliary verbs in English grammar. These verbs are necessary to complete the structure of a sentence and provide more information about the main verb. This learning concept covers the auxiliary verb definition, and the examples of do and did. Check the auxiliary concept to know more on this topic.

Students will also come across:

Download the auxiliary verbs worksheet and check your answers with the worksheet solutions provided in PDF format.

In this lesson, we will learn about ‘do’ and ‘did’.

How to Make Negative Sentences with ‘do’, and ‘did’?

In order to make a negative sentence with the help of ‘do’ and ‘did’, one has to add ‘not’ after the auxiliary verb.

We can also use ‘do’ with the singular pronoun ‘I’ and the pronoun ‘you’ even though it denotes a singular person. 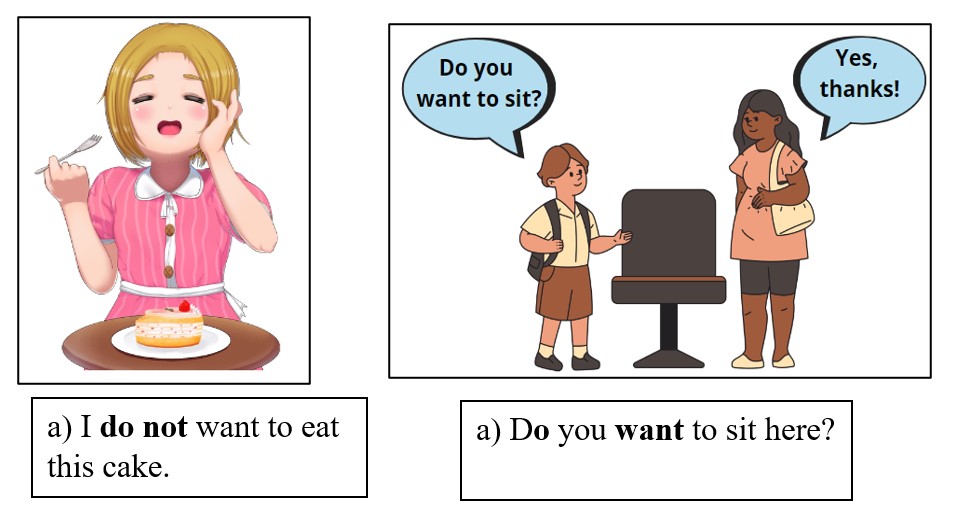 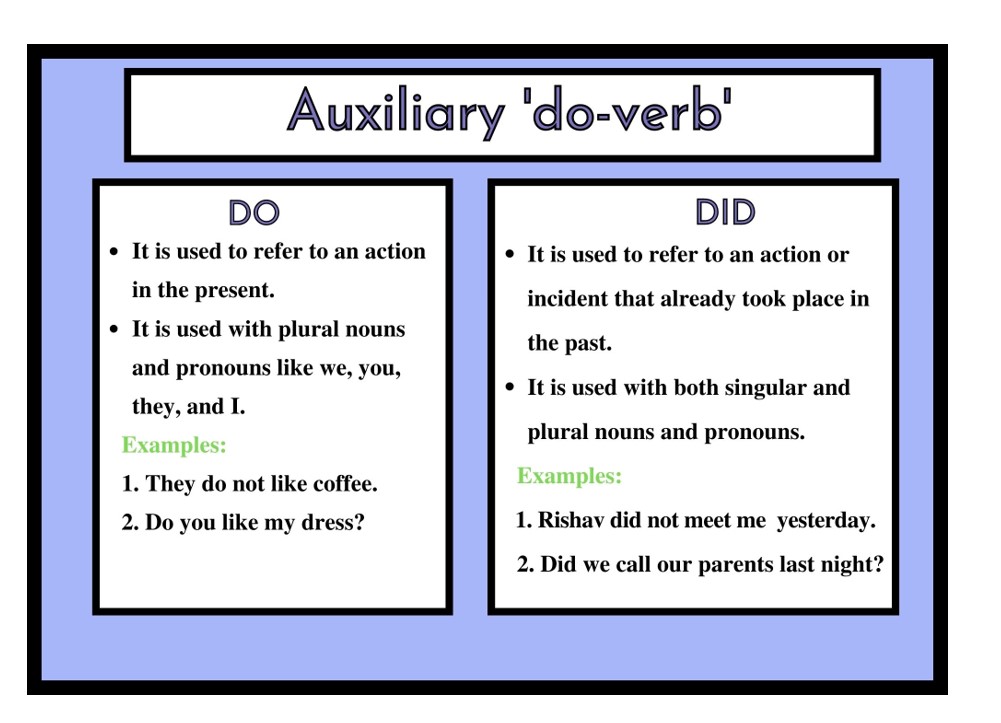