Learn the Difference between my and mine for Class 1 English

The pronouns ‘my’ and ‘mine’ denote possession of something. It can indicate both living and non-living things. It is crucial to know the distinction between these two, as using them incorrectly will change the meaning of a sentence. This concept will make the students aware of the difference between my and mine and the rules of using them in a sentence. They will also come across the common mistakes that can occur while using them in writing or speaking.

Pronoun for class 1 is explained to students using examples, illustrations, and concept maps. After you go through a concept, assess your learning by solving the two printable worksheets given at the end of the page.
Download the pronouns worksheet for grade 1 and check your answers with the worksheet solutions provided in PDF format. 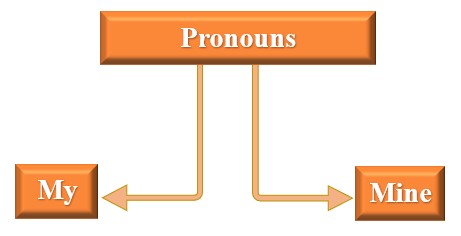 In this lesson, we will learn when to use ‘my’ and ‘mine’. 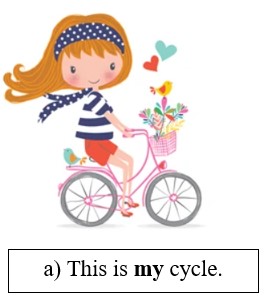 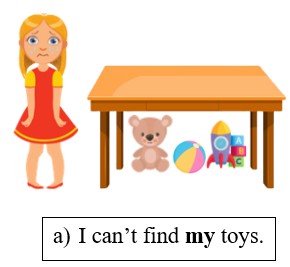 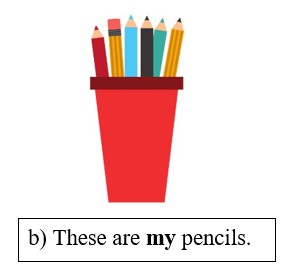 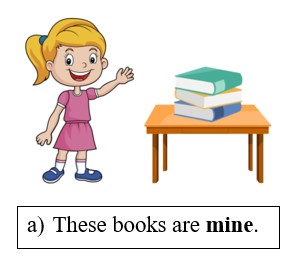 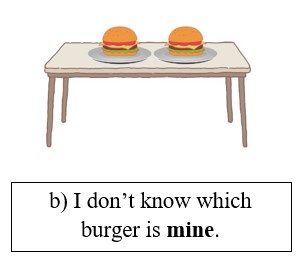 Here, the girl is showing the books that belong to herself. Instead of mentioning her name, we used the pronoun ‘mine’ to show the ownership. It comes at the end of the sentence. 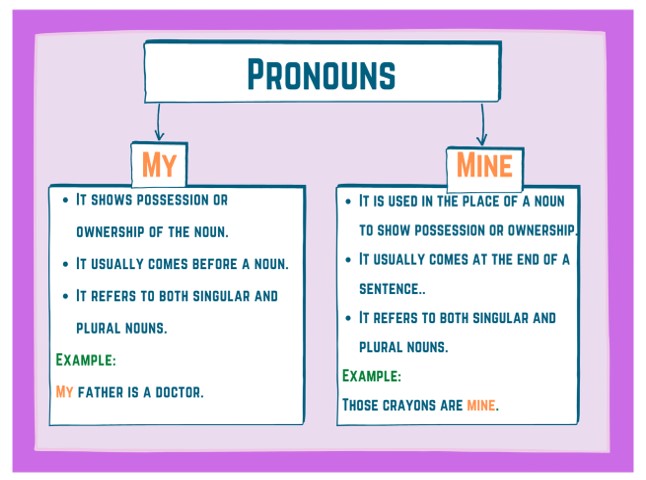 Look at the mind map to better understand the topic.