Difference Between Your And Yours for Class 1 English’

The pronouns ‘your’ and ‘yours’ are called possessive pronouns. They are used to denote something that belongs to the person we are talking to. Students will explicitly learn how to use the pronouns your and yours as well as the common mistakes that should be avoided while using them in a sentence. Students can also check the use of my and mine

In this learning concept, the students will be taught about the following:

Download the pronoun worksheet for class 1 and check your answers with the worksheet solutions for pronouns provided in PDF format. 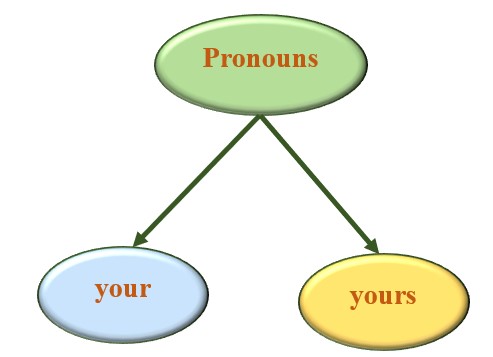 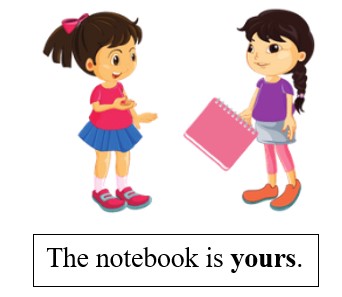 Your mother is calling you back home.

Yours mother is calling you back home.

‘Your’ is always followed by a noun.

I can’t visit your house.

I can’t visit yours house. 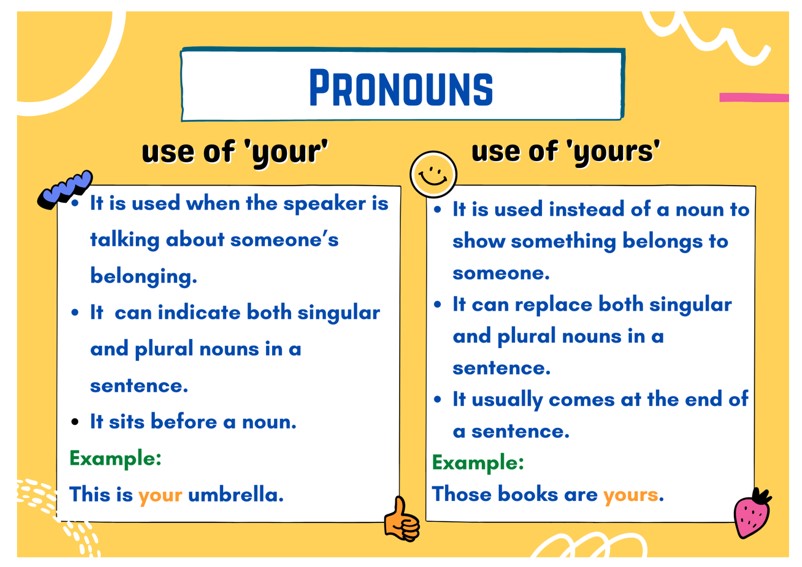