Using but in a Sentence

Conjunctions are words in our writing to enable us to skilfully convey more information in a single sentence. This concept will explain the use of but in a sentence and the common mistakes that must be avoided while using the word ‘but’ in a sentence.
In this concept, the students will discover the following:

Each concept has been explained to class 1 English students using illustrations, examples, and mind maps. Students can assess their learning by solving the two printable use of but in sentence worksheets for class 1 given at the end of the page. Apart from the questions, the solutions are also available for them in PDF format. 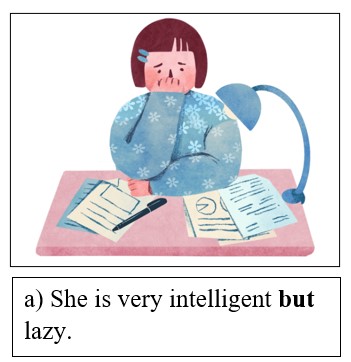 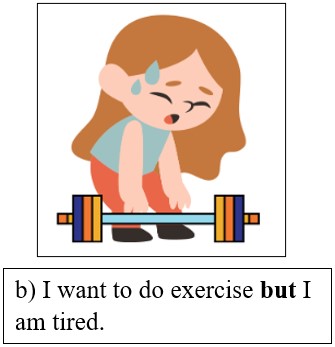 Have you noticed we joined sentences with the word ‘but’?

Therefore ‘but’ is conjunction.

1. We use ‘but’ to join sentences expressing different ideas. It is also used to show differences. 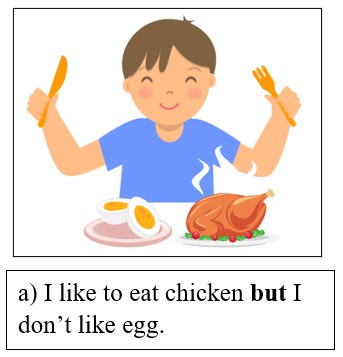 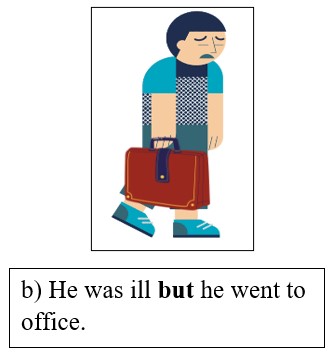 Here in these examples, we used the conjunction ‘but’ to join two different ideas. Why?

a) In the first example, the speaker is talking about his liking and disliking. He is expressing two opposite ideas. So, we used ‘but’ to join the two different ideas in the sentences.

b) In the second example, though being ill the person is going to the office. We usually take rest when we are sick. But the person is doing the opposite. Therefore we used ‘but’ to join sentences expressing opposite ideas.

2. The word ‘But’ is a coordinating conjunction like ‘and’. It joins two sentences describing two opposite ideas. 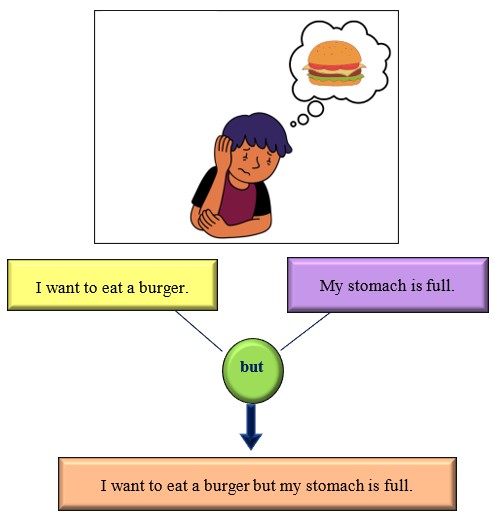 We joined the two sentences expressing two different ideas with the word ‘but’. Both the sentences can express complete thought individually.

‘But’ can also be used to mean ‘exception’. Here, we ca n’t use ‘but’ as conjunction. 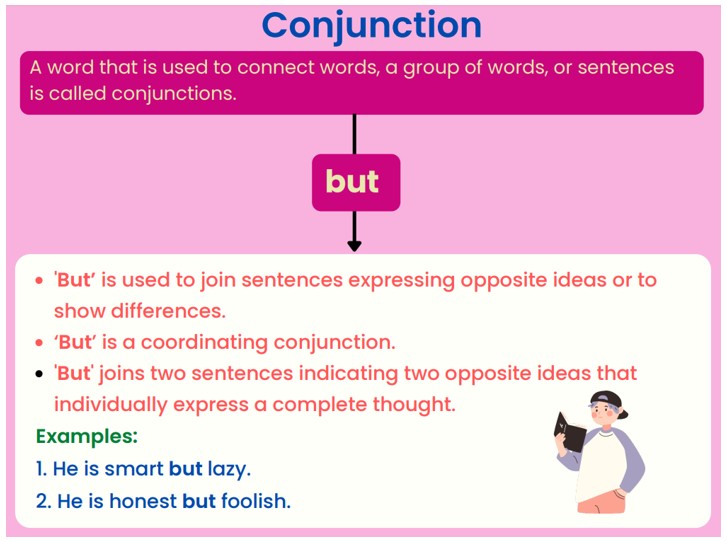