The addition is a process of summing up two or more items together. Commonly we use the operations of addition when we work with money or time.
This concept introduces the operation and addition for class 1 maths students.

Each concept is explained to class 1 maths students with illustrations and examples, and a concept map is given to summarize the idea. At the end of the page, two printable worksheets with solutions are attached for students to practice.

To find total or count the objects together we use addition. 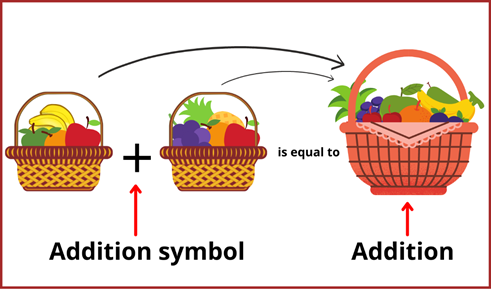 If we have some fruits in two baskets. We put them all together in one big basket. Now to find the total number of fruits, we need to do an Addition.

We can add two numbers in so many ways.

We can use our hand’s fingers to do the addition. Let’s see. 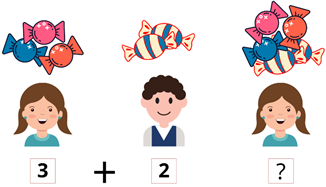 For three chocolates open three fingers of one hand.

For two chocolates open two more fingers of the other hand.

Now count all the fingers together. 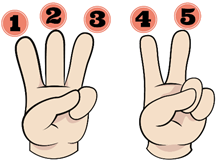 We get the number 5.

So, Nisha has 5 chocolates in total now. 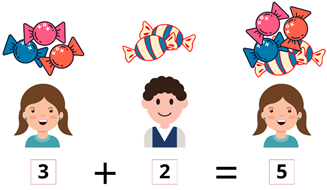 For adding 3 and 2, open only two fingers of the hand and count after the number 3.

It will also give the same answer.

Counters: Each counter (object or shape) represent a number.

6+3= ?
Here we can take any object or shape to represent the numbers. (Counter)

For the number 6 draw six circles.

For the number 3, draw 3 more circles.

Now, count all the circles together.

There are 9 circles in total.

So, we came to know that,

By using number line, we can easily make an addition.

First on a number line mark the number 2.

Now move six steps forward to the right side and observe the number where we reach.

We reach at the number 8.

By counting mentally, we can do addition.

Now, let’s think about the number 4 and count 3 more numbers after 4. 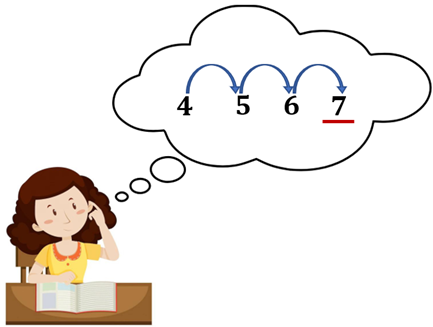 We get the number 7.

1. When we add 0 to a number, the answer is the number itself.

2. When we add 1 to a number, the answer is the next number.

Counting the one step forward to 2, we get the number 3. 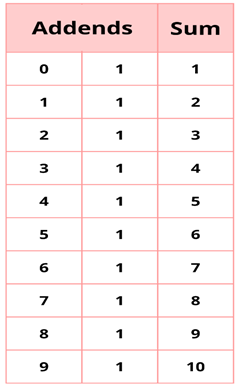 Here we can take any two numbers whose sum is 5.

Word Problems on Addition for Class 1

Step 1: Identify the numbers in the word problem which need to be added.

Step 2: Write the word problem in the form of addition.

Step 3: Do the addition to find the sum.

Question: There are 3 red balls and 6 green balls in a box. How many total balls are there in the box? 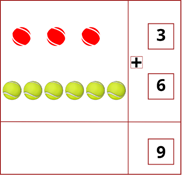 There is total 9 balls in the box. 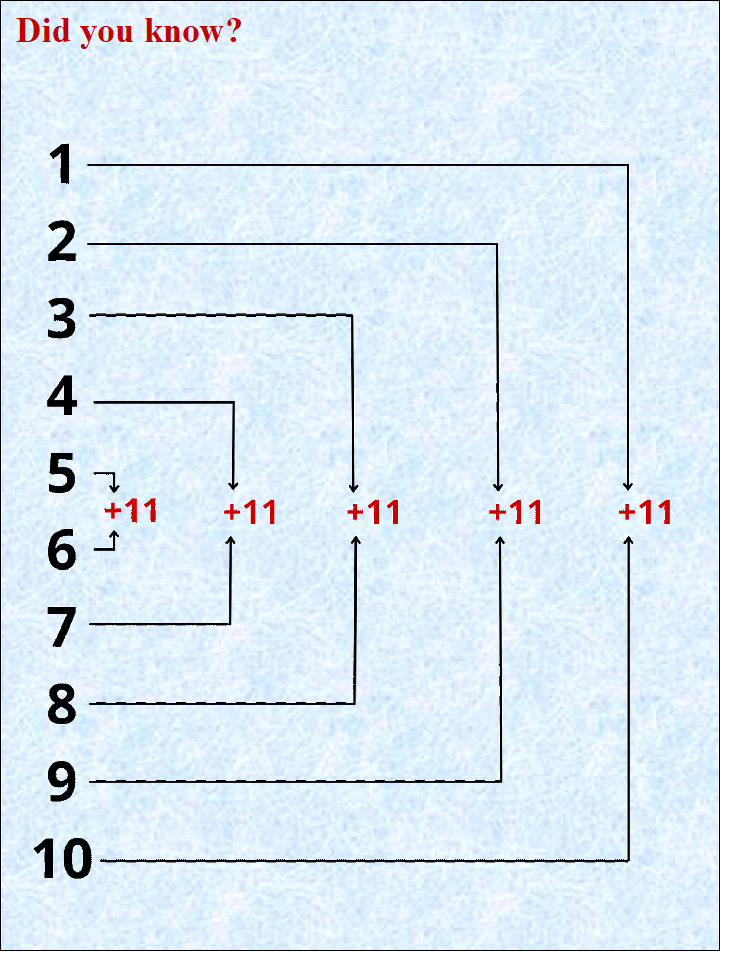 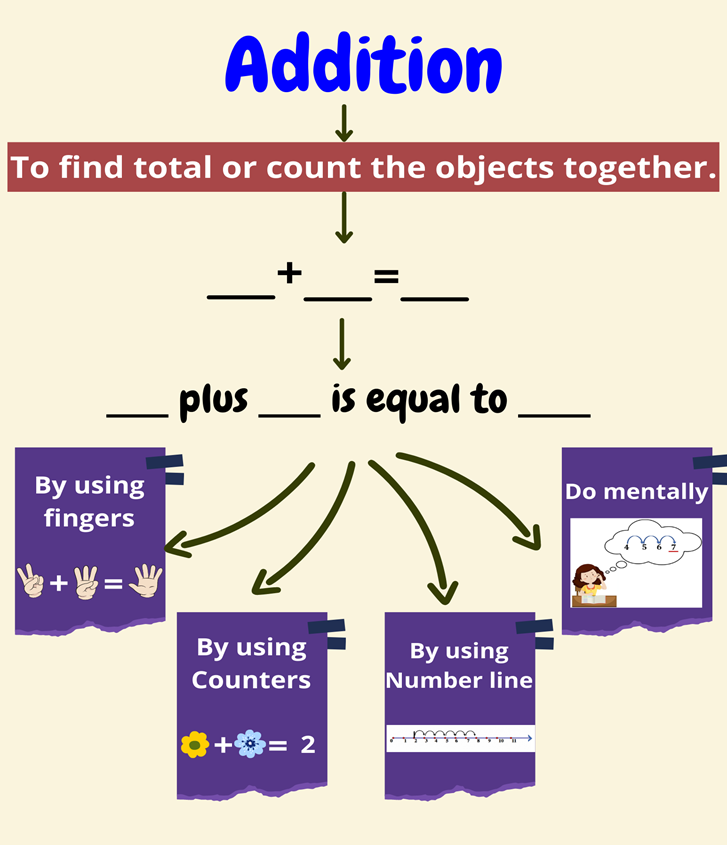