The student will clearly understand the big and small concepts and misconceptions related to this.

Also, they will identify

Each concept is explained to class 1 maths students with examples and illustrations, and a concept map is given to summarize the idea. At the end of the page, two printable worksheets with solutions are attached for students to practice.

We use the words big, and small to express the sizes of objects. 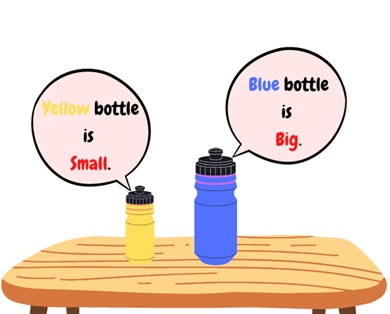 Look at the bottles in the given picture. Here, the yellow bottle is small and the blue bottle is big.

‘Bigger or Smaller’ is used when we compare two objects based on their sizes. 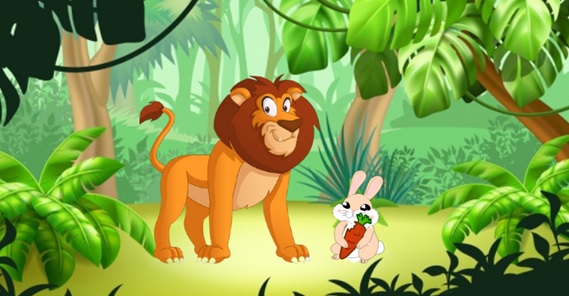 In the given picture, the lion is bigger than the rabbit. The rabbit is smaller than the lion.

‘Biggest and Smallest’ is used when we compare three or more based on their size. 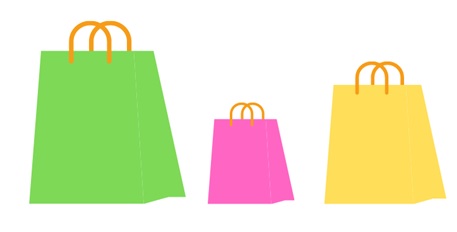 In the given picture, the green bag is the biggest and the pink bag is the smallest among all the given bags. 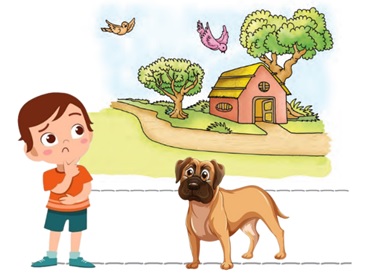 In the given picture, the boy thinks that the dog is bigger than the house. Is it true? No. Why the house is looking smaller than the dog? Think about it.

The house is far away from the boy and the dog is near to him. So, the house is looking smaller than the dog.

Sometimes, to compare objects, they must be at equal distance from us. 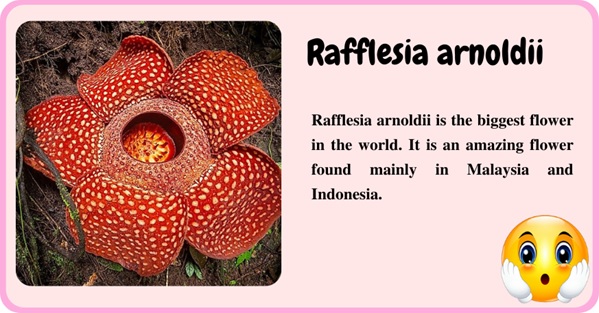 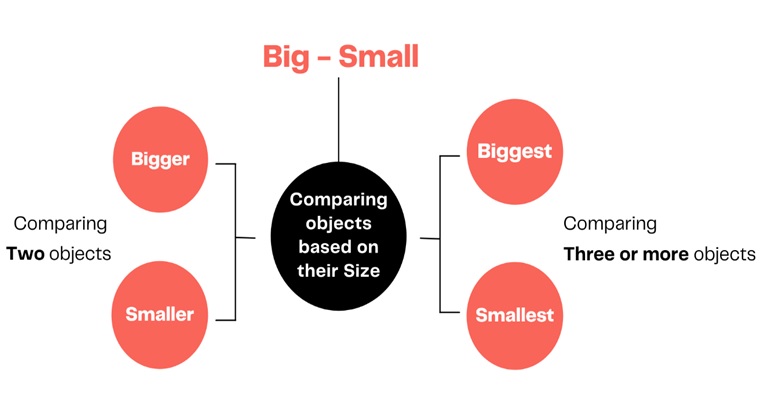