Also, the students will learn to

Each concept is explained to class 1 maths students with examples and illustrations, and a concept map is given at the end to summarise the idea. At the end of the page, two printable Indian Currency worksheets with solutions are attached for students to practice. Download the worksheets and assess your knowledge.

What Is the Currency for Money? 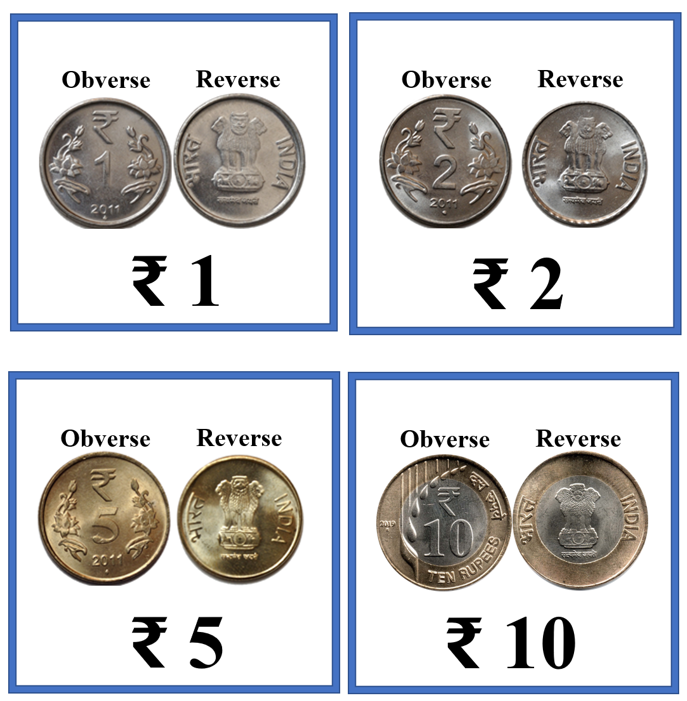 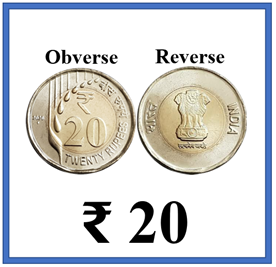 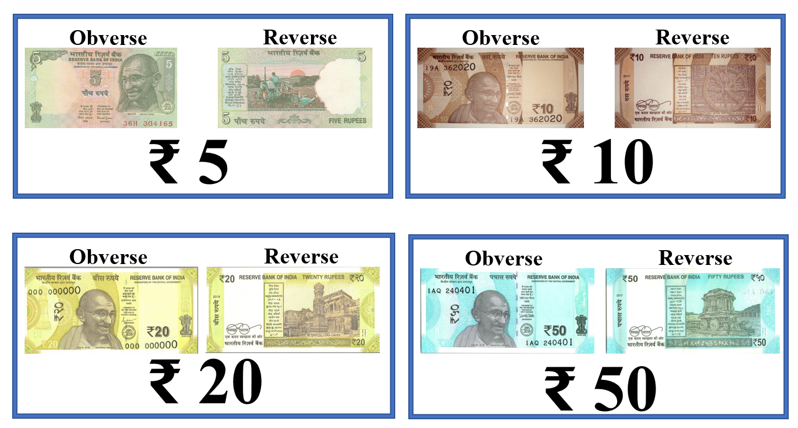 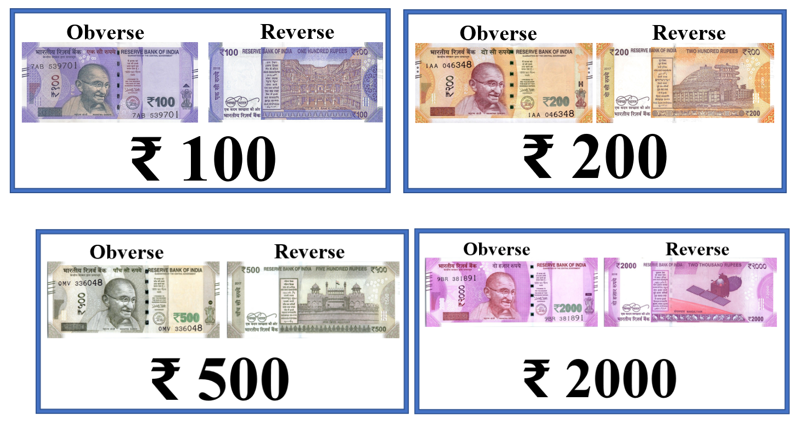 Tail – The opposite side of the head is known as the tail of the coin.

Picture of Monument on the Reverse of the Notes-

There are some coins and notes that are not in use.

If we buy one pencil for ₹3, then the price or cost of that pencil is ₹3.

If we have three coins of 1-rupee, it makes a total 3-rupees amount. 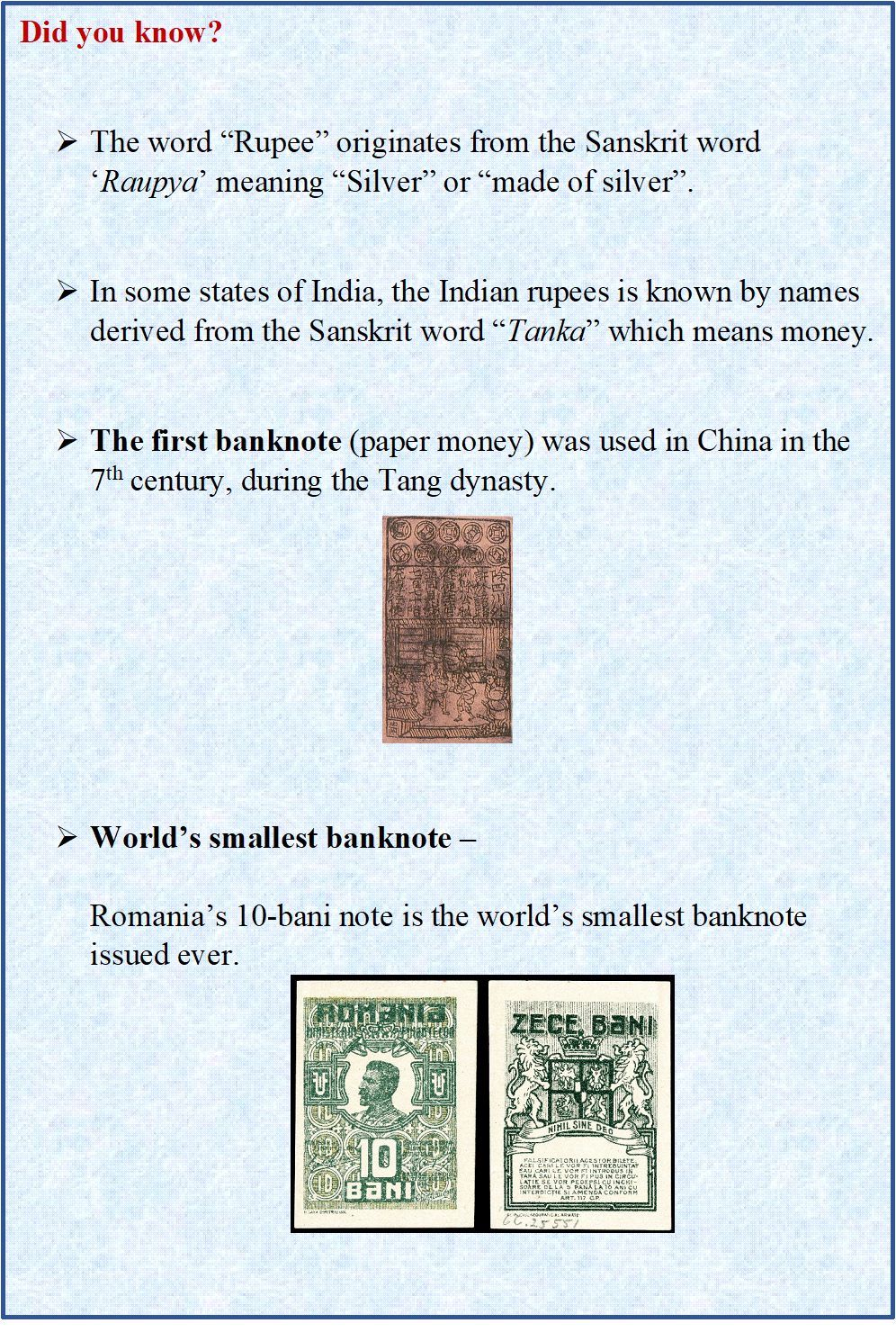 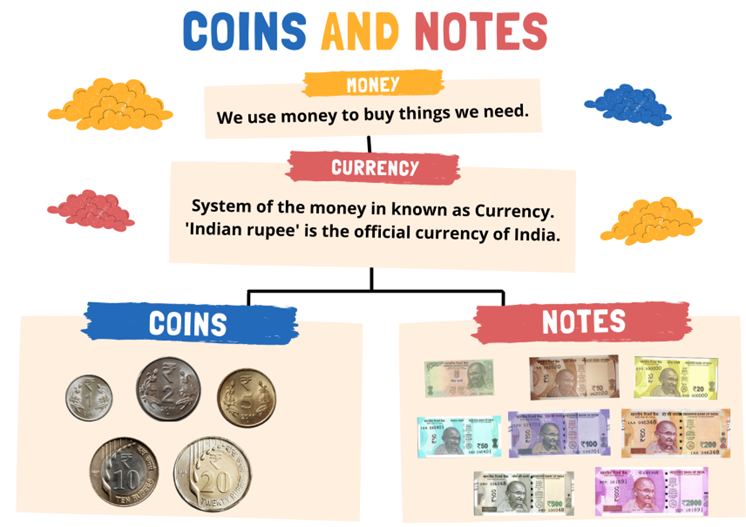