Data in Table for Class 1 Math

This discussion is to inform the students about the data handling and how to arrange data tables. Arranging data in table is the simplest way to represent data easily. From this concept the students will get to know about data and data table.

Also, the student will learn to

Each concept is explained to class 1 maths students with examples and illustrations, and a concept map is given at the end to summarise the idea. At the end of the page, two printable Pictograph worksheets with solutions are attached for students to practice. Download the worksheets and assess your knowledge.

What Is Data Handling?

We have learned about Picture graphs. Now let’s learn about handling data using the table.

What is the difference between pictograph and table? 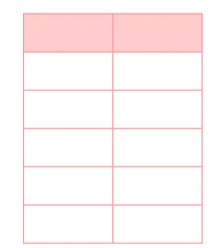 Rows run horizontally and columns run vertically down. When rows and columns are put together, they make a table. 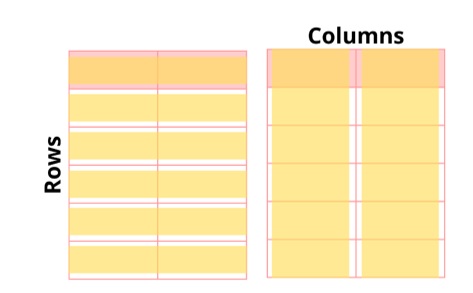 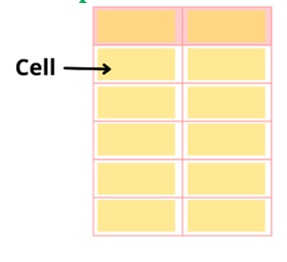 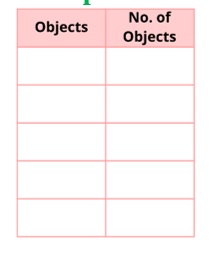 Why table is a good way to represent the data?

Rahul’s mom asked him to bring some fruits from the market. 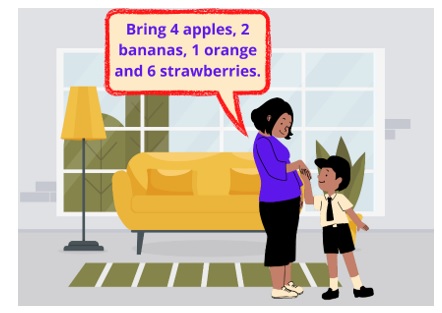 To remember the number of fruits, Rahul makes a list using table. 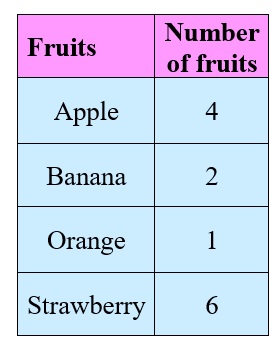 A table helps us to interpret the data easily.

How to make a table from a pictograph?

Here in the pictograph, the information about the number of students absent in a class is given. 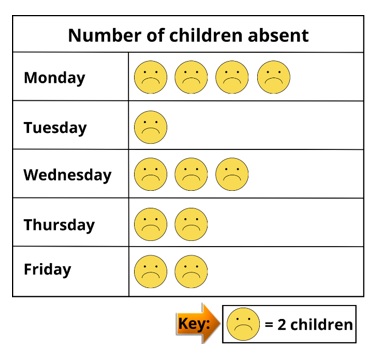 Now, from this pictograph make a table. 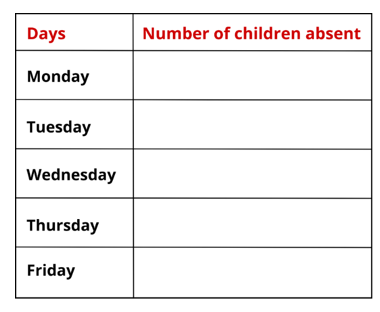 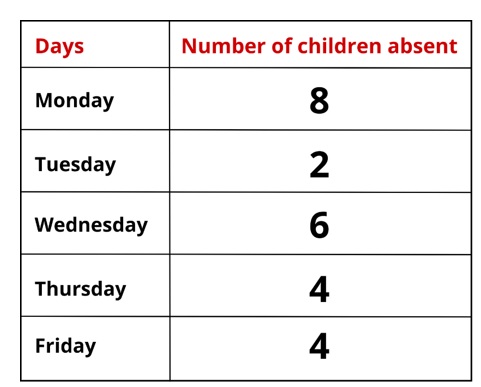 So, from the pictograph, we can make a table. 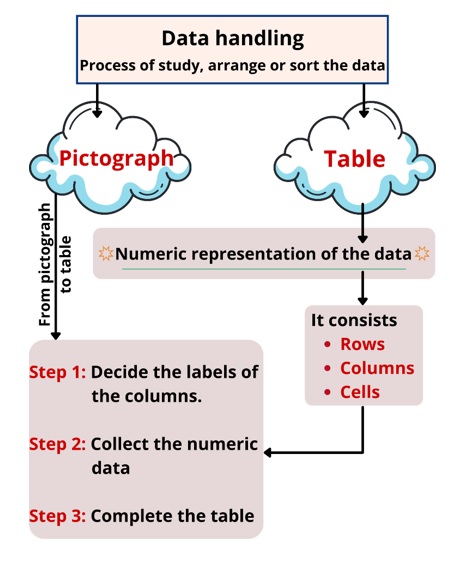