The student will learn about cardinal and ordinal numbers and their uses in real life. They will get to know about the rules for writing ordinal numbers for class 1 maths and new words related to that.

The discussion in the learning concept is about

Each concept is explained to students using examples, and illustrations and a concept map are given at the end to summarise the idea. At the end of the page, two printable worksheets with solutions for class 1 maths are attached for students to practice.

The numbers that give us the exact quantity of an object are called Cardinal numbers. A Cardinal Number says how many of something, such as 1, 2, 3, 4, etc.

In the following picture, we can use cardinal number to tell the exact quantity of pencils. There are 15 pencils in the given picture. So, 15 is a cardinal number. 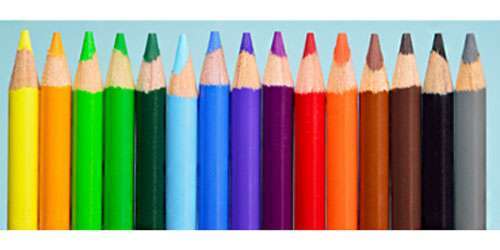 The number which indicates the order or position of an object is called an Ordinal numbers . An ordinal number tells us the position of something in a list. Such as first, second, third, fourth, etc.

In the given picture, we can use ordinal numbers to indicate the positions of Steve, John, Bella, and Rita. 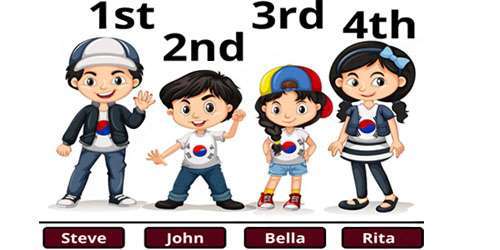 How to Write Ordinal Numbers

Ordinal numbers for 11, 12 and 13 are 11th, 12th, and 13th, respectively. Ordinal numbers are used in to indicate the position of the object in the line, que or race. There are some other uses of ordinal numbers.

Use of ordinal numbers:

First in the line, third in the race, 5th in the queue, etc. 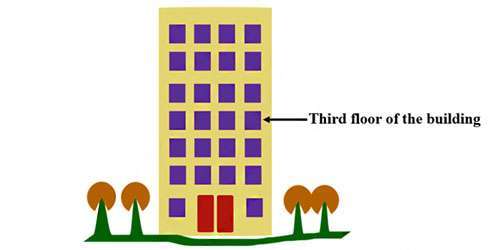 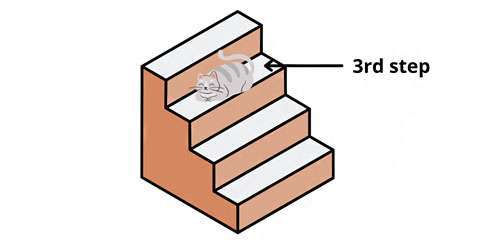 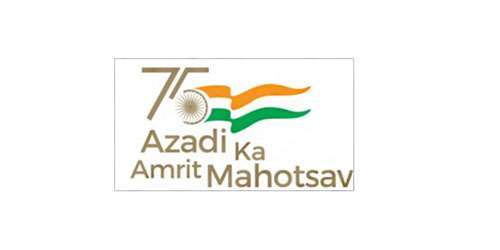 Suffix: A letter or group of letters added to the end of a word or number to form a derivative. For example; ing, th, etc. Going,Fourth 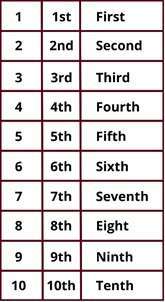 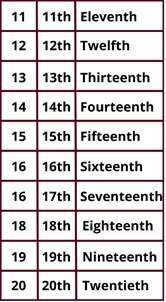 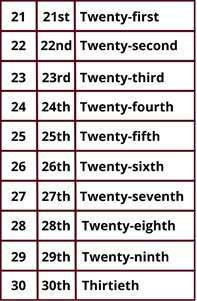 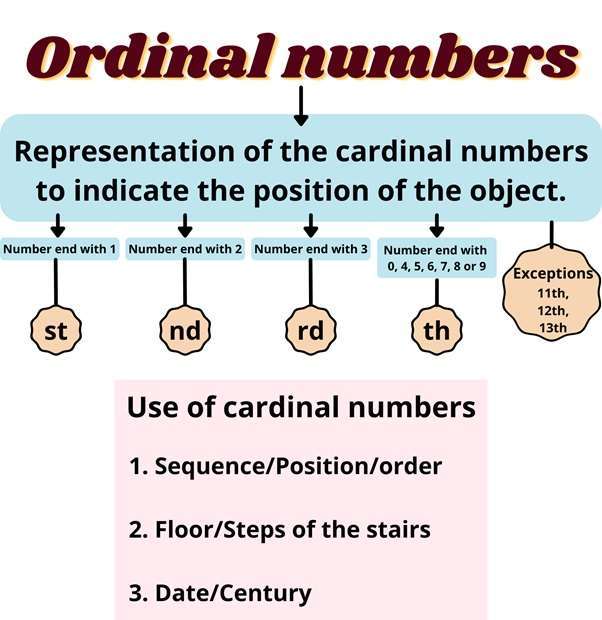