Subtraction is taking away a number from another number provided that the first number is smaller than the second.
This learning concept introduces the concept of operation subtraction for class 1 students.

Each concept is explained to class 1 maths students with illustrations and examples, and a concept map is given to summarize the idea. At the end of the page, two printable worksheets with solutions are attached for students to practice.

We use subtraction to find the difference between numbers or when we take out/away some objects and want to find out remaining objects.

Suppose we have 5 mangoes, and we cut and eat 3 mangoes. To find the number of remaining mangoes, we need to do subtraction. 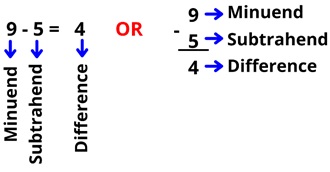 We can do subtraction in so many ways.

We can use our hand fingers to do the subtraction. Let’s see. 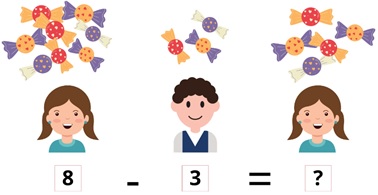 Nisha has eight chocolates. She gives 3 chocolates to Sameer. Now, we need to find Nisha’s remaining number of chocolates.

Step 3: Now count all the open fingers together. 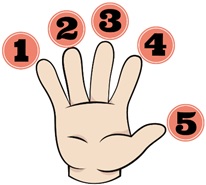 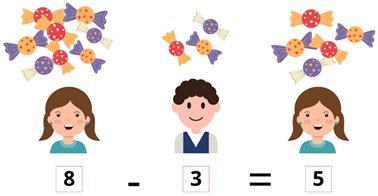 For subtracting 3 from 8, count the numbers after the number 3 to the number 8 and open the fingers as well. 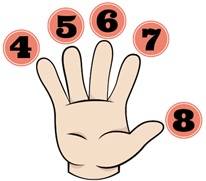 We got 5 fingers. So, the correct answer is 5 chocolates.

Counters: In this method, we draw counters to represent numbers. Each counter (object or shape) represents a number.

Step 2: To subtract 1 cross the one circle.

There are 3 circles remaining.

So, the correct answer is

We can do subtraction by using number line.

Answer:Draw a line and mark the numbers to 10 or more.

Now, to subtract 6 from 10, move six steps backward to the left side from 10.

You will reach at 4. So, the correct answer is:

We can do subtraction by counting mentally.

Answer:Think about the number 7. Count 3 steps backward from 7. You will get 4. 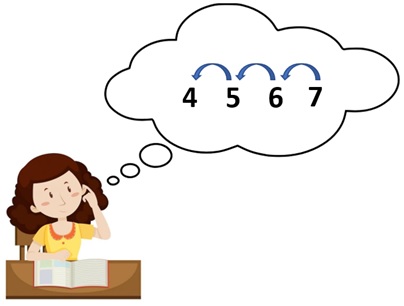 Here, we can take any two numbers whose difference is 5.

There are so many possible answers for this question.

Here, we need to find the number which difference from 2 is 3.

So, the correct answer is:

Step 1: Identify the numbers in the word problem which need to be subtracted.

Step 2: Write the word problem in the form of subtraction sentence.

Step 3: Do the subtraction and find out the difference.

Answer: The numbers to be subtracted are 7 and 6. 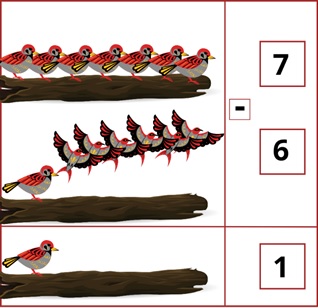 Therefore, only 1 sparrow sitting on the tree. 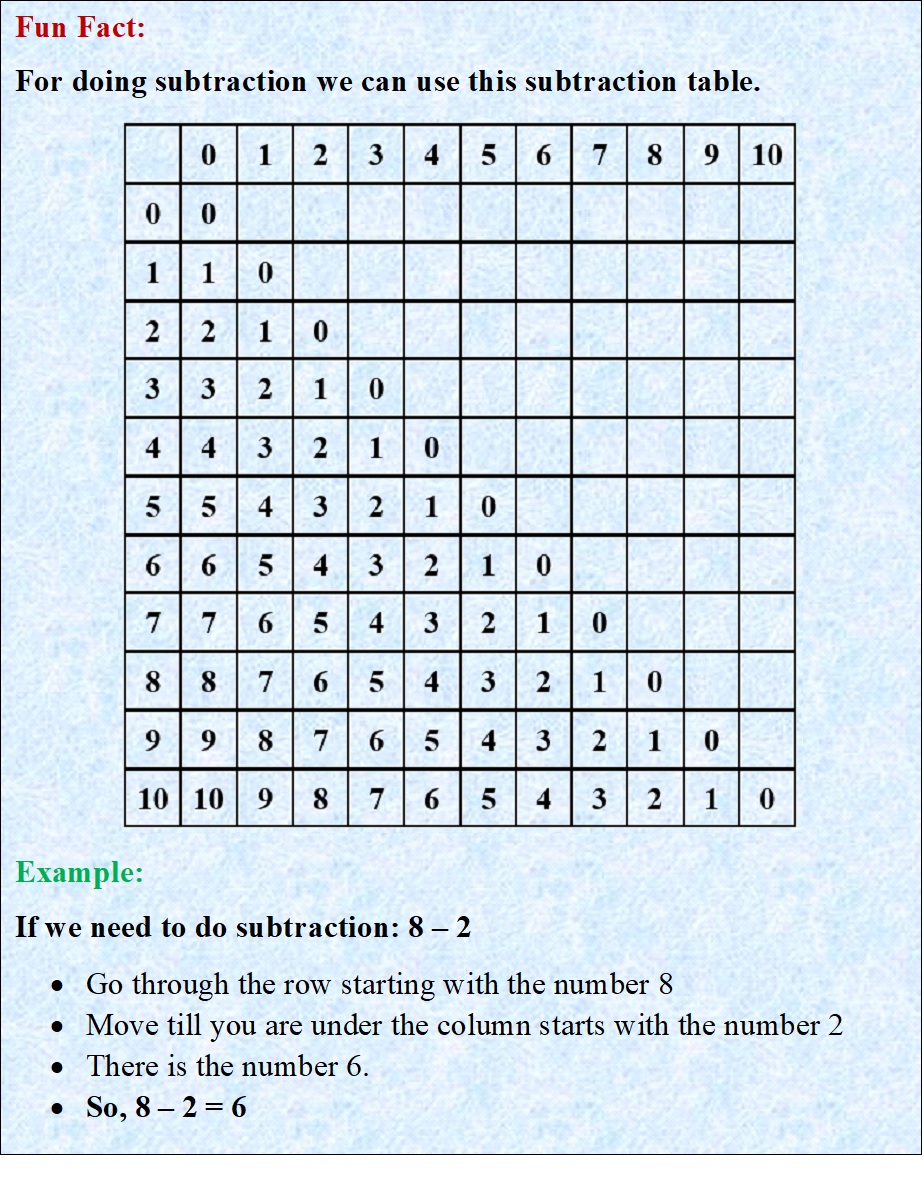 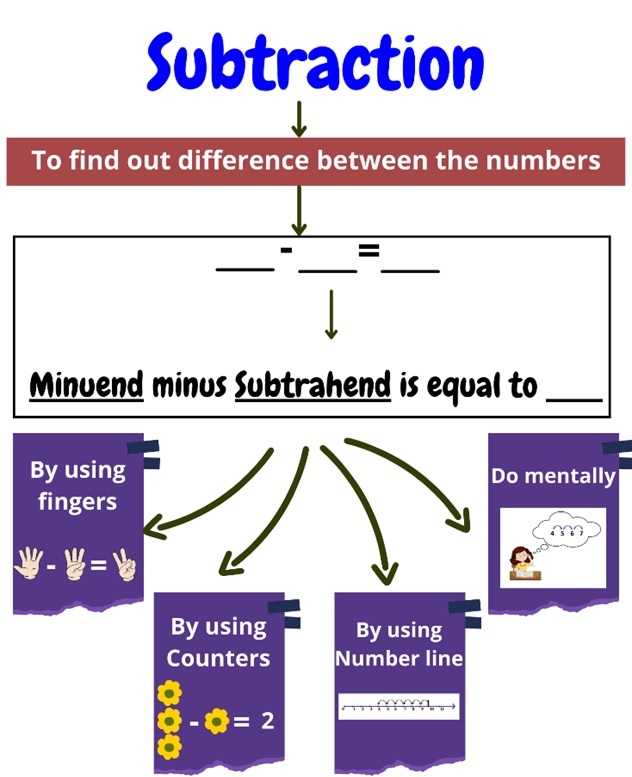