This concept deals with the various modes of transport. It introduces students to the means of land transport, water transport, and air transport.

Each concept is explained to class 2 students using examples, illustrations, and concept maps. After you go through a concept, assess your learning by solving the two printable worksheets given at the end of the page.
Download the worksheets and check your answers with the worksheet solutions for the concept Different Modes of Transport provided in PDF format.

The ways by which we travel and transport our things from one place to another are called modes of transport.

Modes of Transport for Kids :

There are three main modes of transport that we use in daily life.

Who drives different modes of transport? 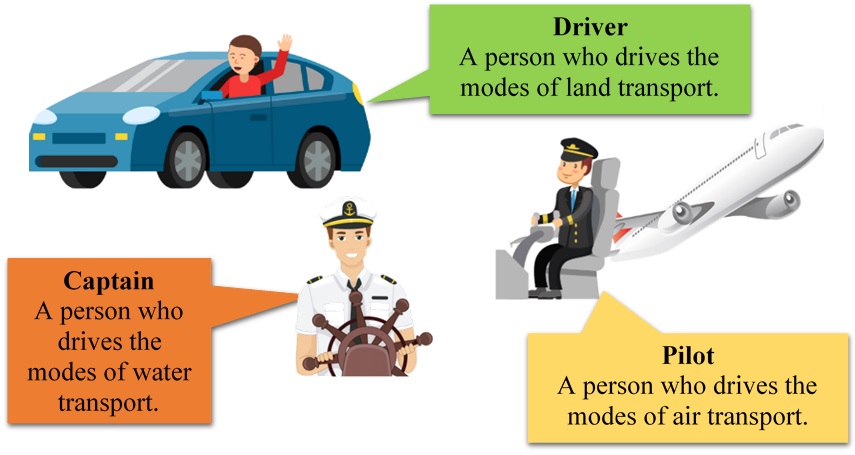 What drives the vehicles? 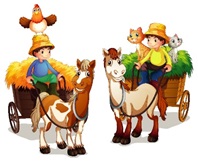 Mechanised: Something which is made by assembling complex machines.

Expensive: Something which costs a lot of money. 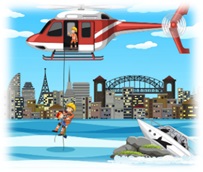 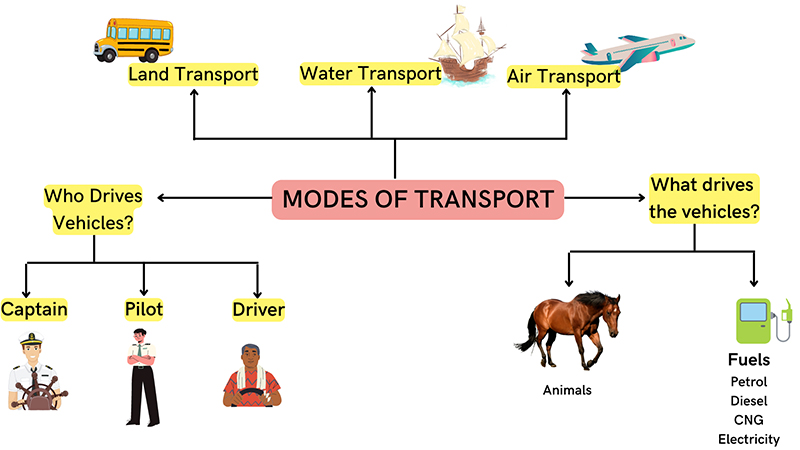