Seasons of the Year for Class 2 EVS

In this concept, the students will learn about different seasons in India. They will get an idea about how revolution of Earth causes changes in seasons.

Each concept is explained to class 2 students using descriptions, illustrations, and concept maps. After you go through a concept, assess your learning by solving the two printable worksheets given at the end of the page. Download the worksheets and check your answers with the worksheet solutions for the concept Seasons of the Year provided in PDF format.

Seasons are based on the pattern of changes in the weather conditions, such as temperature, humidity, rain, cold, etc., around the year.

Why do we see different seasons throughout the year? 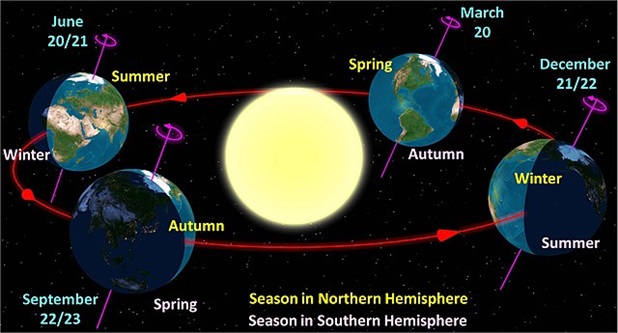 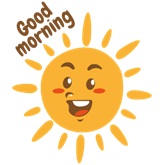 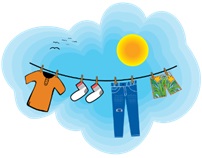 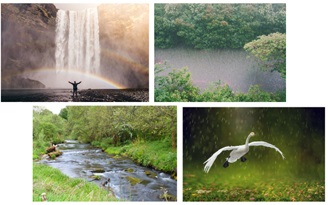 Tilted: A sloping or slanting position.

Humidity: The amount of water vapour present in the air.

Crops: Plants that are grown on a large scale and consumed by us. 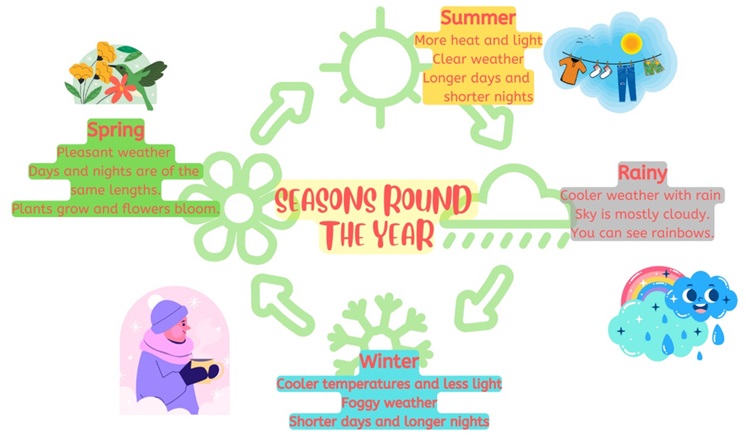