Degrees of Comparisons for Class 2 English

This concept explains the role of degrees of comparison in English grammar. It mainly teaches the students about the usage of comparative and superlative degrees in sentences. There is also a list of different degrees of describing words which will help the students to learn better.

Each concept is explained to class 2 English students using examples, illustrations, and concept maps. After you go through a concept, assess your learning by solving the two printable degrees of comparison worksheets pdf given at the end of the page.

Download the worksheets and check your answers with the worksheet solutions for the concept degrees of comparison. 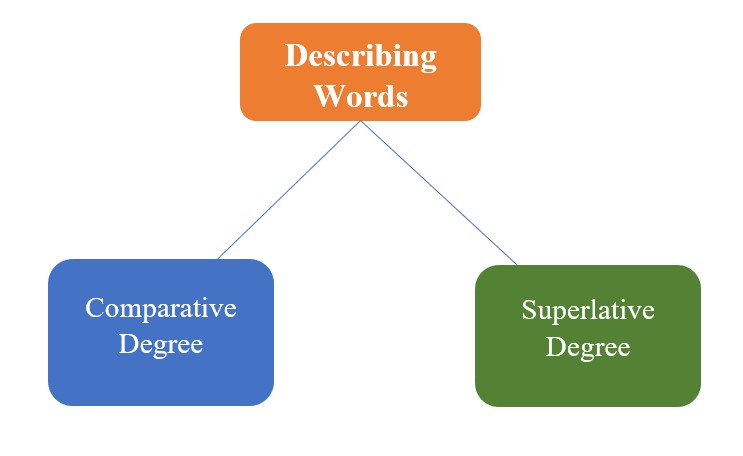 When two things or people are compared to each other, we use the comparative degree of an adjective by placing 'er' to the describing word along with the word than' in the sentence. 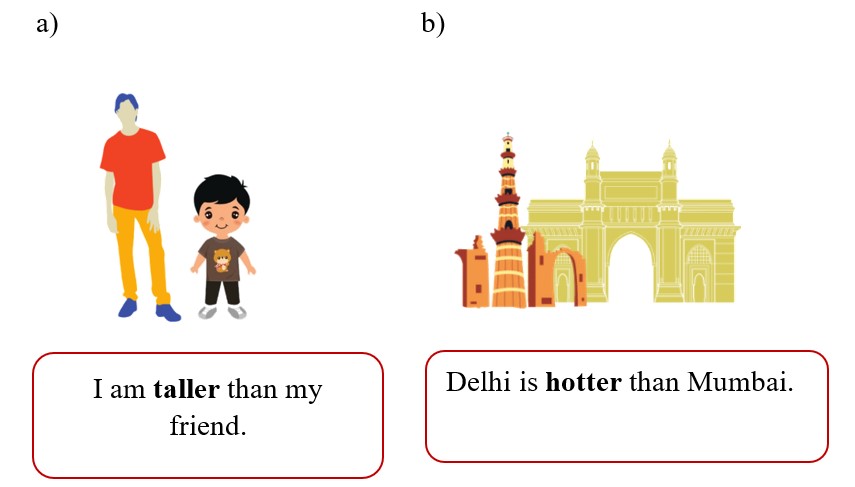 A superlative degree talks about the lowest and the highest quality of the describing words.

More about Comparative and Superlative Degree

Superlative degree shows that the person, place or thing has the highest or the lowest quality in comparison to the rest of the group. When speaking about one particularly unique quality, ‘the’ is usually added before the superlative degree. 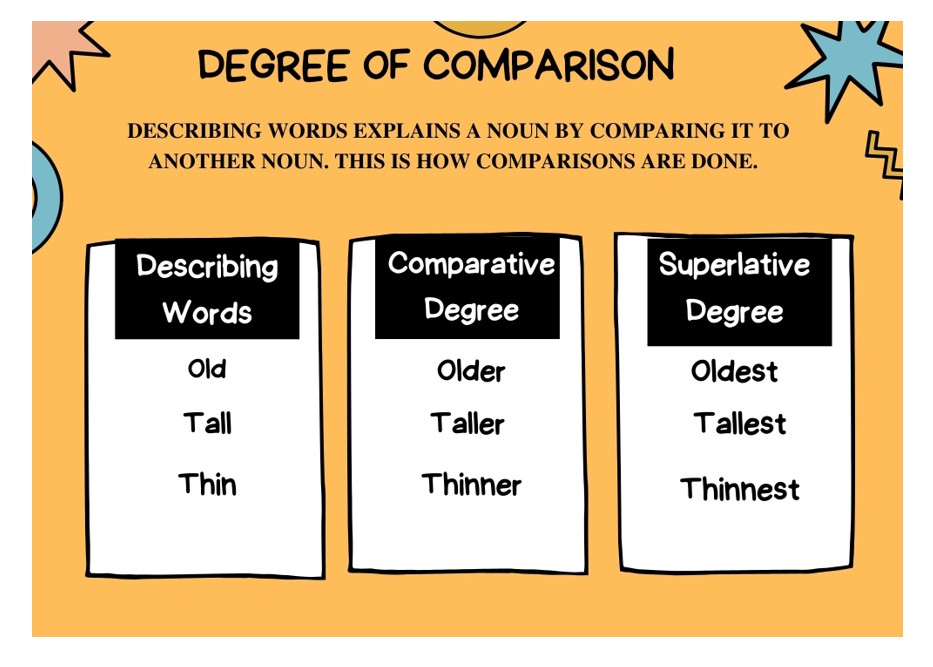