Verb Form and Tenses: Form of the words with ‘d’ or 'ed'

The students will learn about verb tenses along with its definition and examples. They will come across tenses and their various types, which include future tense, present tense and past tense.

Each concept is explained to class 2 English students using examples, illustrations, and concept maps. After you go through a concept, assess your learning by solving the two printable future tense, past tense and present tense worksheets given at the end of the page.

Download the worksheets and check your answers with the worksheet solutions for the concept Vocabulary provided in PDF format.

Words with ‘ed’ at the end of the word are called action words or verbs.
Verbs are words that express the action taking place in the sentence.

Tense and its types 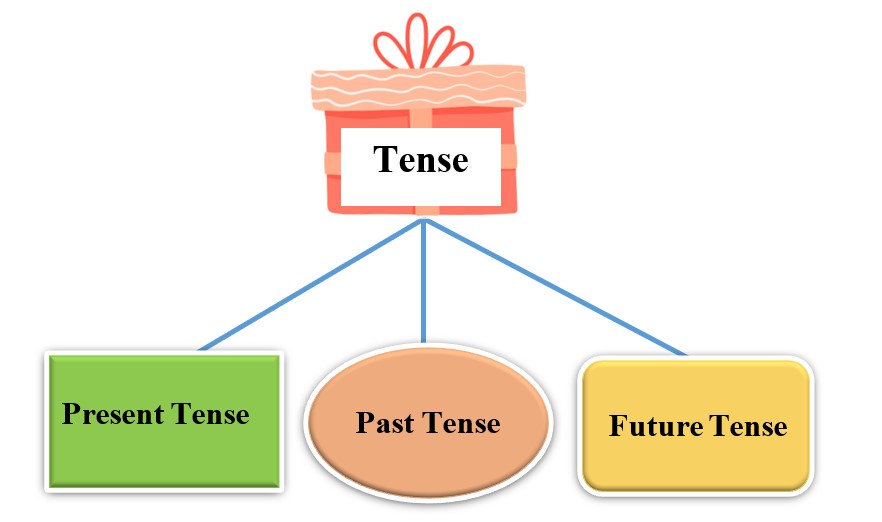 If the word is in any other tense, adding ‘d’ or ‘-ed’ to the end of a word can change the word to the past tense.

In the first example, ‘bake’ is the present form of the word. After adding ‘d’, it becomes ‘baked’ which is in the past tense.

In the second example, ‘end’ is the present form of the word. After adding ‘ed’, it becomes ‘ended’ which is in past tense.

The simple future tense is used to express an action or activity in the future time.

In the first example, Sneha’s action ‘dancing’ will happen in the future (tomorrow).

In the second example, Nikhil’s action ‘playing’ will happen in the future (evening).

If the verb is just a single syllable and there is one vowel along with a consonant at the end, then the last letter should be doubled before adding ‘-ed’. Do not forget to double the consonant to avoid spelling mistakes. 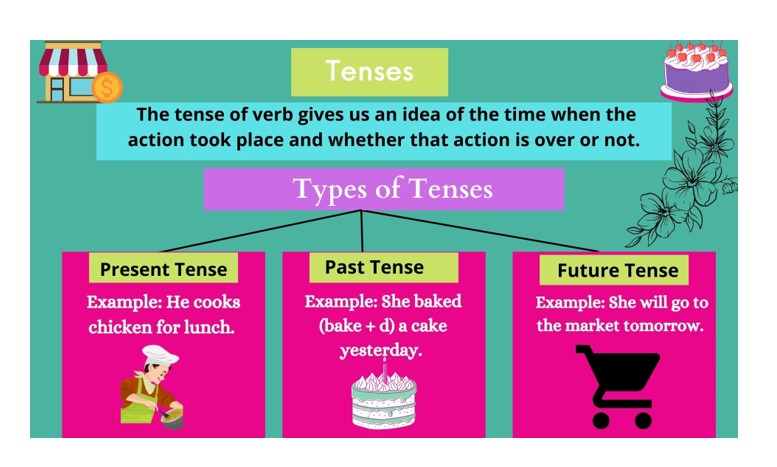