Personal Pronouns for Class 2 English: It, We, He, She, They

The students will learn about personal pronouns and how they are used instead of a person and a thing. The usage of all these pronouns is explained along with personal pronoun examples, sentences and pictures.

In this learning concept, the students will learn about the following:

Each concept is explained to class 2 English students using examples, illustrations, and concept maps. After you go through a concept, assess your learning by solving the pronoun worksheet for class 2, given at the end of the page.

Download the worksheets and check your answers with the worksheet solutions for the concept It, we, he, she, they pronoun provided in PDF format.

Subject pronouns include he, she, it, we, and they. ‘He’ is a singular pronoun which is used to refer to a male.

The pronoun ‘She’ is a singular pronoun which is used to refer to a female.

The pronoun ‘It’ is a pronoun that refers to things, animals, plants etc. It is never used to refer to human beings.

The pronoun ‘We’ is used in place of the noun in the sentence. It refers to two or more than two people.

The pronoun ‘They’ is a gender-neutral pronoun. It is used to refer to other people.

Never use a different gender, number and person pronoun. Since a pronoun is used in place of a noun or noun phrase, it has to be of the same number, gender, and person, similar to the noun.

Now, Neha is a good girl. They is my best friend. 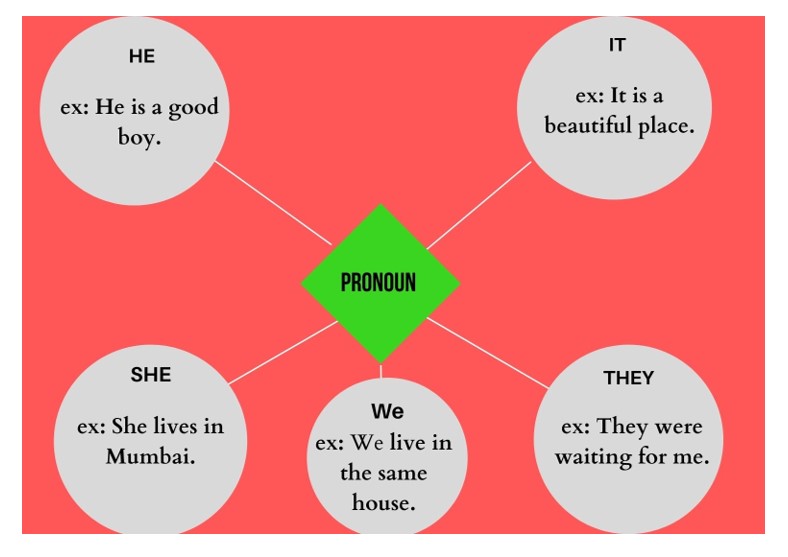