Every concept is taught to class 2 students with the help of examples, illustrations, and concept maps. Once you go through a concept, assess your learning by solving the two printable worksheets given at the end of the page.
Download the worksheets and check your answers with the worksheet solutions for the concept Vocabulary provided in PDF format.

How to Make a New Word?

Mostly, words usually start with consonants, so always separate the vowels and consonants from jumbled words.

Combine a vowel and a consonant to make a word.

From the word ‘HAPPY’, there are two words that can be made.

I have to wait for him.

I have two wait for him. 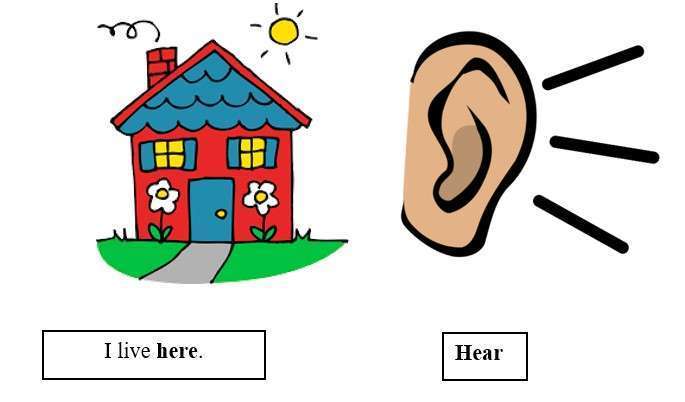 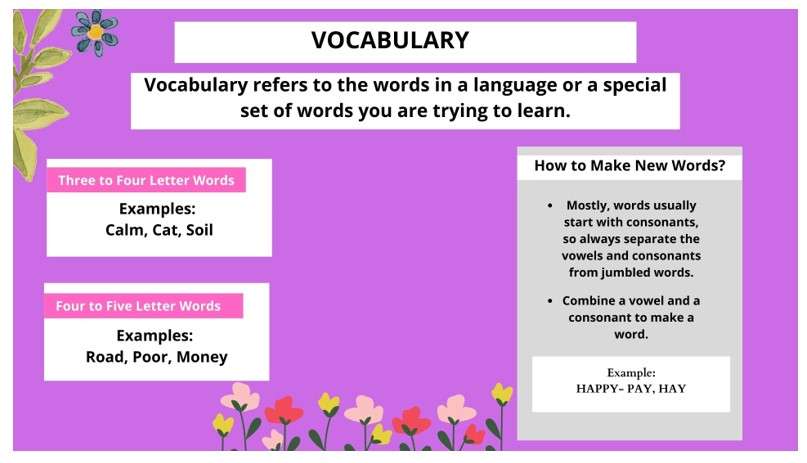