The sequence of a story will be as follows: 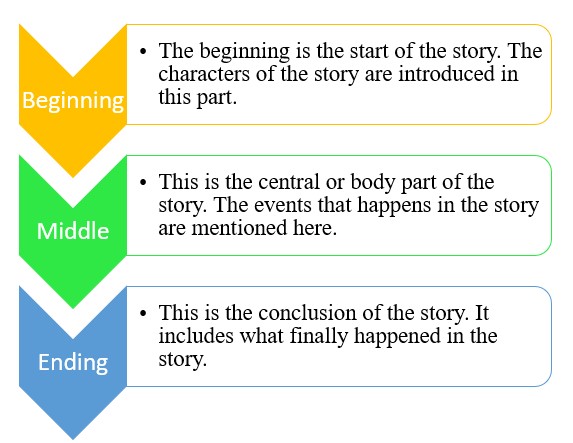 This is Sneha. She is a baker. Today, she is baking a birthday cake for her friend. She mixed all the ingredients and prepared the batter for the cake. Now the batter is ready. She slowly kept the batter inside the oven. After baking it inside the oven for some time, the cake was ready. Now, she decorated the cake with some icing on the top. Lastly, she put a candle above it.

How to Create the Sequence of a Story through Images?

Take a look at the images given below and their sequence.

Now, let’s create the story by following the steps given below.

Make sure to observe the flow of the story carefully. Don’t be in a hurry and miss the sequence of the story. 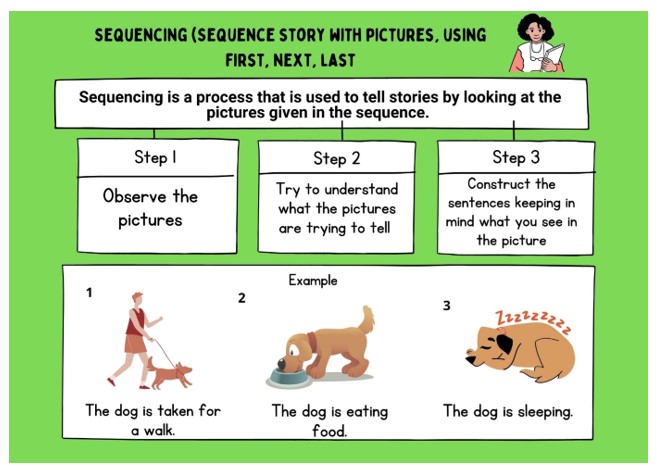