Auxiliary Verbs: Use of has, had and have in Grammar

This concept will help students to understand the usage of auxiliary verbs in a sentence. It also details how has, have, and had are used with different pronouns and tenses along with some examples. To understand better, take a look at auxiliary verb topic.

In this concept, the students will learn:

All the topics in English are created by subject matter experts which include concept maps, illustrations, and examples. Students in Class 2 English can determine their understanding of a particular concept by solving the two printable worksheets given at the end of the page. Download the use of has, have, and had worksheet solutions for the concept, pair of antonyms, provided in PDF format.

Definition of Auxiliary Verbs in English 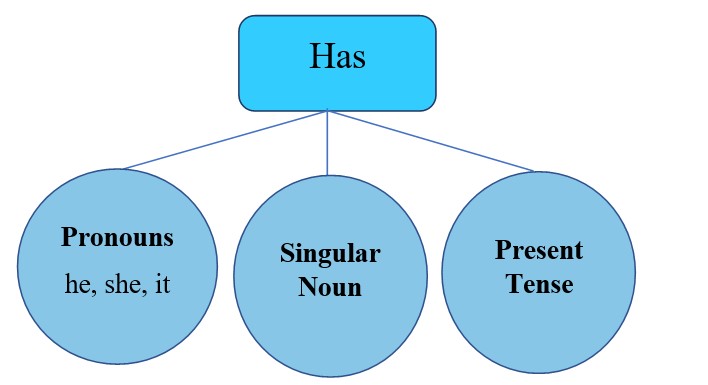 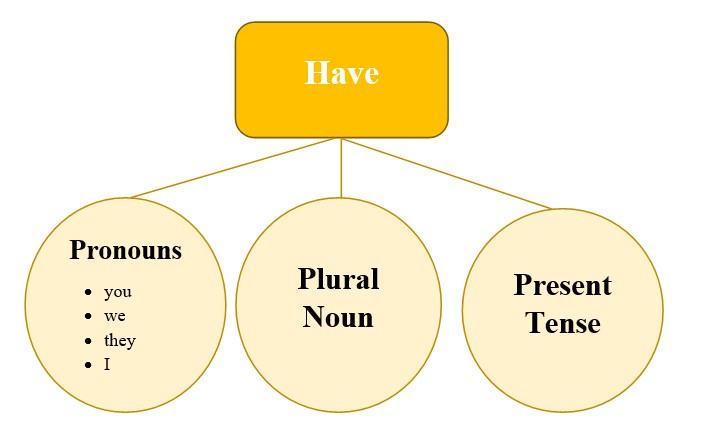 ‘Had’ is used with pronouns like I, he, she, you, it, they, and we. It is also used with both singular or plural nouns in the past tense. 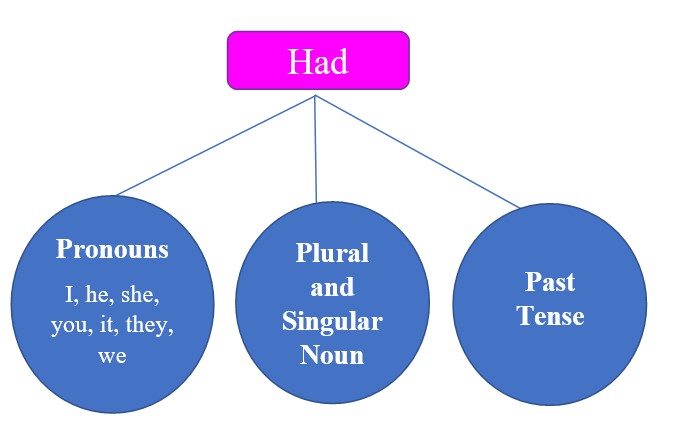 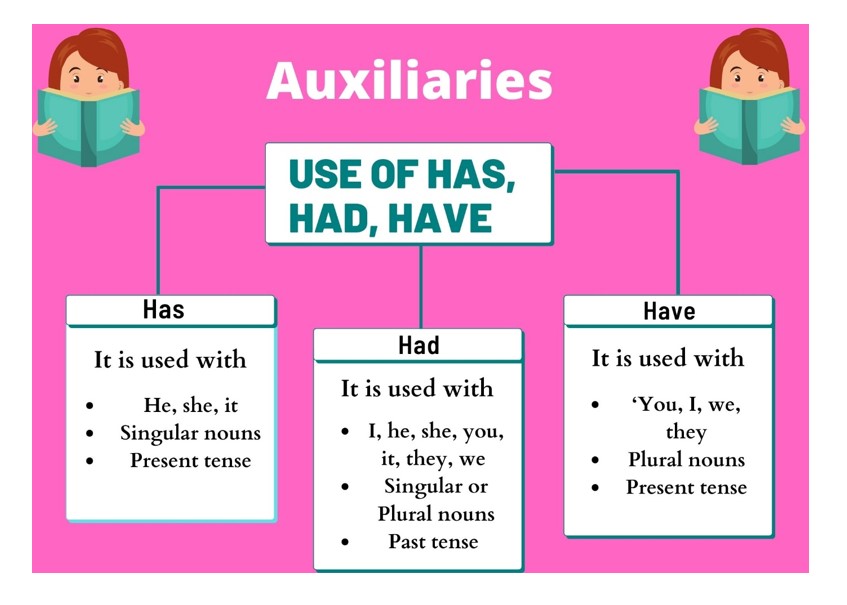