This concept will deal with the concept of possessive pronouns such as ‘his’ and ‘her’. The concept explains the definition of pronoun, use of his and her along with some examples. Students will also learn how different pronouns with different genders.

Each concept is explained to class 2 English students using illustrations and a concept map. After you go through a concept, assess your learning by solving the two printable worksheets given at the end of the page.
Download the use of his and her worksheets and check your answers with the worksheet solutions for the concept pronouns provided in PDF format.

A pronoun is used to replace a noun; thus, the gender has to match the noun. Thus, make sure the pronoun matches the gender of the noun.

(Pronoun ‘Her’ is used in place of Sneha).

Ravi has a male dog.His name is Rocky.

Ravi has a male dog. Her name is Rocky. 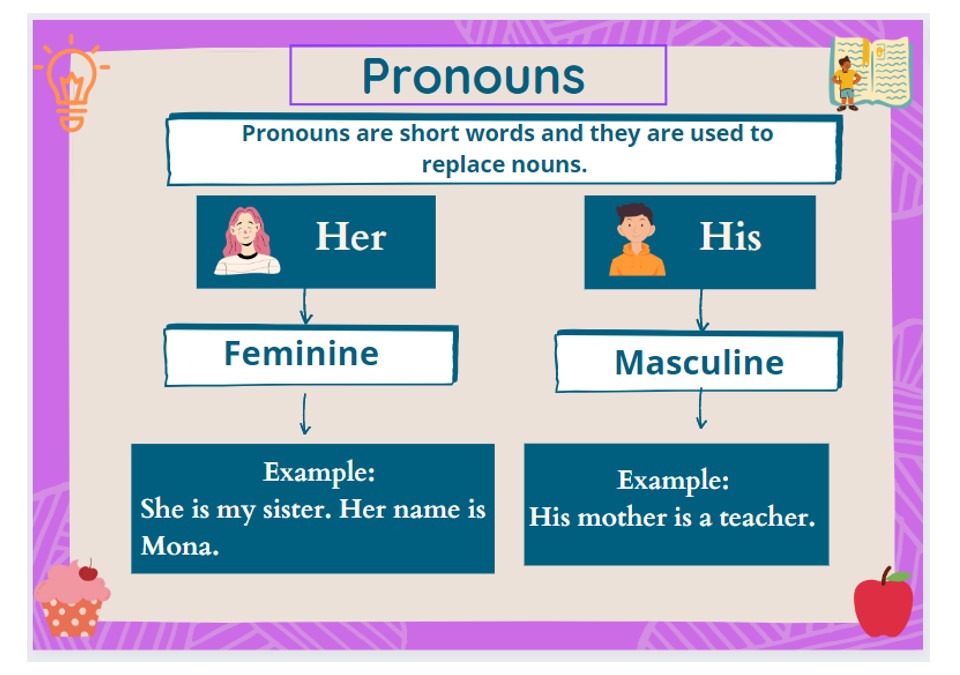