What is the Meaning of Homophone for Class 2 English

This learning concept will help the students to understand what is the meaning of homophones. Homophones are words that differ in meaning but has similar pronunciation. The students will also come across common mistakes that should be avoided while using homophones.

Each concept is explained to class 2 English students using illustrations, examples, and mind maps. You can assess your learning by solving the two printable homophones worksheets given at the end of the page.
Download the worksheets and check the solutions for the concept, Homophones provided in PDF format.

A homophone is a word that is pronounced the same as another word but differs in meaning. A homophone may also differ in spelling. The two words may be spelt the same or different.

Let’s take a look at some of the most commonly used homophones in the English language.

What are the Types of Homophones?

Homophones are of two types: Homographs and Heterographs.

Some of the Commonly Used Homophones

Homophones have the same sound with a different spelling. Thus, it can be easy to get homophones mixed up and use the wrong one in your writing.

Below are a few of the most commonly confused homophones in English:

Since homophones have similar sounds, people often get confused. Don’t be confused by the spelling of the following words ‘know’ and ‘no’. They both have different meanings and are used in different contexts. Remember the meaning of the words as you use them. 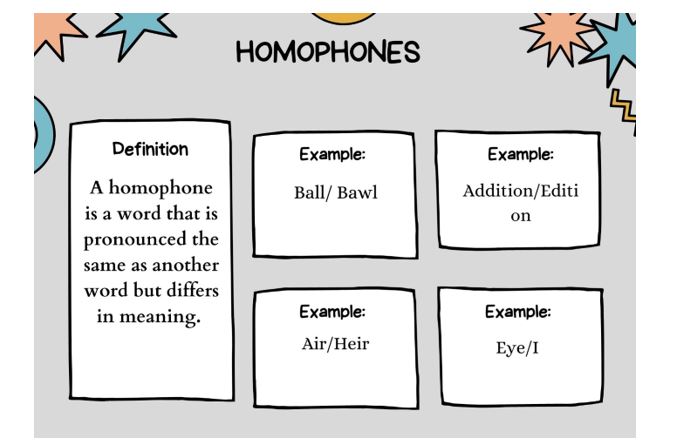