Adjectives are words that describe the characteristics, qualities, and numbers of a noun or a pronoun.

Today, we will discuss adjectives relating to colour and texture. 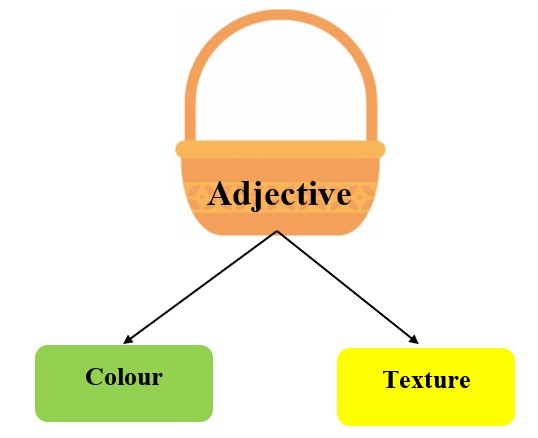 One of the best ways to express the things that we see is with the help of colours. Colours reflect the outer appearance of an object. Now, to refer to the colour of a particular thing, we use colour for words. Words used for the colour are used to discuss the colour of the noun in the sentence.

Words relating to texture refer to the feeling when a particular object is touched. To describe that feeling, we use texture words. Texture words are used to the description about the appearance or feel of a particular noun.

In the first example, the adjective ‘bumpy’ describes the texture of the road.

In the second example, the adjective ‘smooth’ describes the texture of the hair.

Let us take a look at some of the most common textures and colour words. 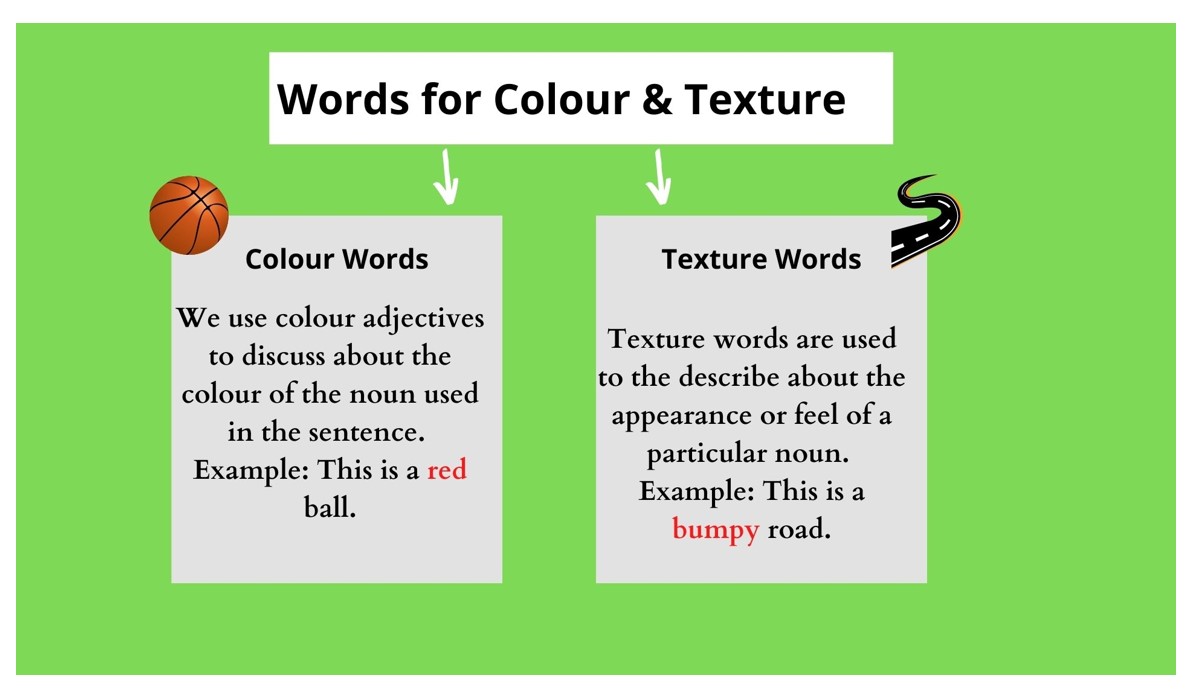