Concept: Words that Join (and, but, or) 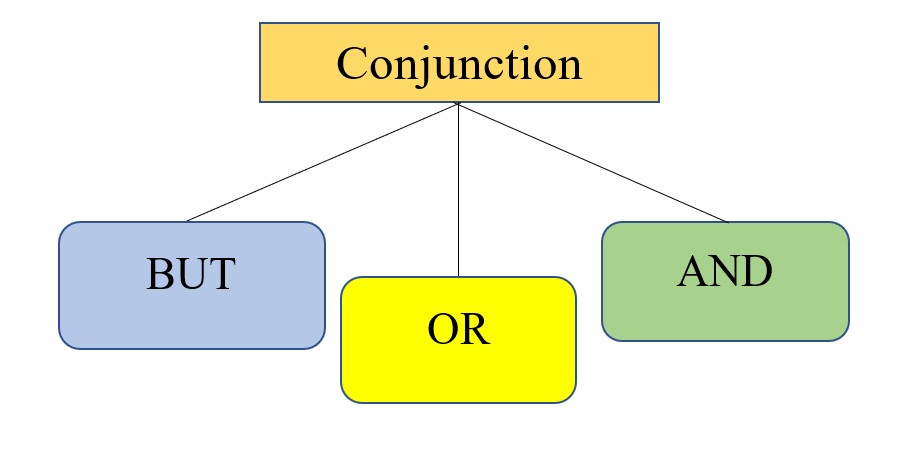 We use ‘But’ to join two different ideas and make it into one sentence.

We use ‘And’ when two similar statements or words are joined into one sentence. When two or more naming words or verbs are added together in a sentence, the conjunction ‘and’ is used to mean ‘one word adds to another word’. 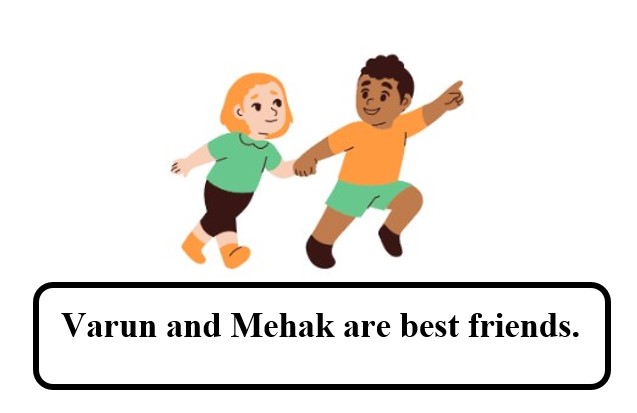 In the above example, ‘Varun’ and ‘Mehak’ are related as they are best friends. Hence, ‘and’ is used to bring them together in one sentence.

The conjunction ‘or’ is used to show more than one option. However, only one option is possible out of the other given in the sentence.

In the above example, there are two options given, ‘tea’ or ‘coffee’, but only one option needs to be selected; hence ‘or’ is used.

Don’t forget to make use of ‘and’ in sentences where there are more than two names. Only write ‘and’ before the last name. Do not write more than one ‘and’ to join more than three words.

Kunal, and Mohan, and Kishan are good friends. 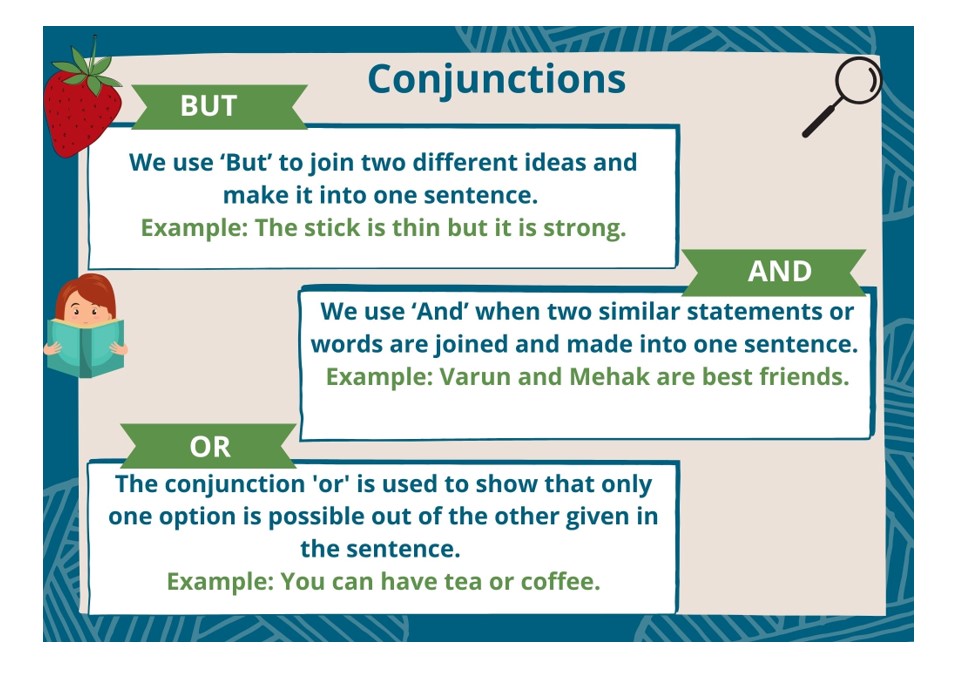