In this learning concept, the students will know about:

This concept is explained using examples, mind maps, illustrations. A student can check their understanding of the concept, and making inferences, by solving the two free grade-appropriate worksheets given at the end of the page. The solutions for each worksheet are provided in PDF format, which is freely accessible.

What are Character Traits?

A character’s feelings are evident in the passage when you look for a change in the character’s emotion in a situation.

When Vikram saw the blank paper, he wanted to immediately draw something. He was excited. He could not wait to draw a picture and colour it the way he imagined it. 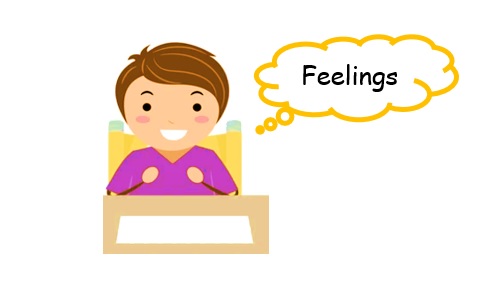 We can infer from the passage that Vikram is creative.


When you read the dialogues said by a character it tells you more about the characters’ attitude or emotions.

“This is how we can split the task,” said Dinesh in a stern voice. “I will draw the poster, and you colour it,” he said.

We can infer that Dinesh is commanding.

The character’s actions in the situation change from time to time which shows if the character has learned how to behave well in a given situation.

Neethu looked at the Maths homework and sighed. She took out her pencil and eraser slowly, scribbled something and quickly shut the workbook. 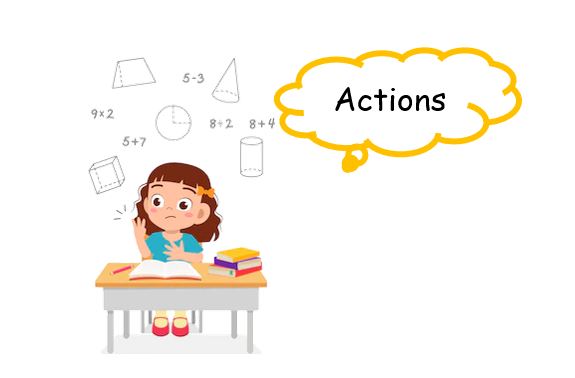 We can infer Neethu is lazy and does not like the subject Maths.


Sometimes the author also mentions what the character thinks about various things around them. This gives the reader more information to understand the character and relate to the character better.

Kiara thought to herself, what would happen if she ate ice cream. She wondered whether her mother would scold her.

We can infer that Kiara loves ice cream so much that she is ready to hear her mom scolding too.

Make a note of outside physical features that the author mentions about a character or shown through pictures.

How Do We Find Character Traits? 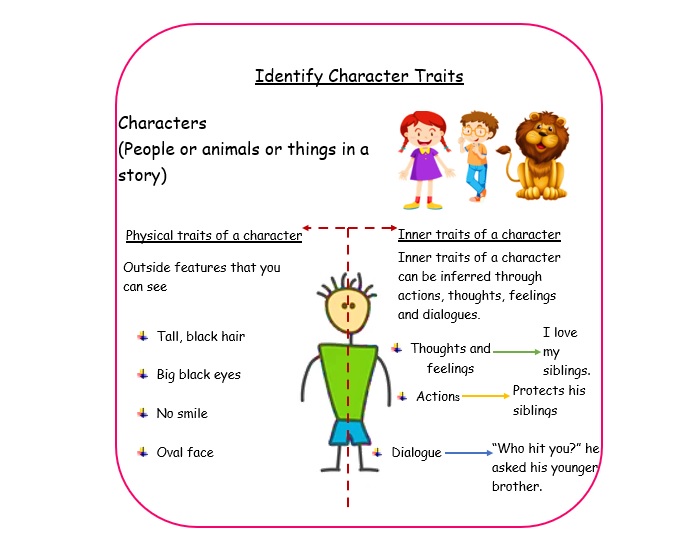