Central Idea of a Story for Class 3 English

From this learning concept students will learn about:

The learning concepts have been created using illustrations, mind maps, and examples. Class 3 students can check their understanding by trying to solve the two printable PDF worksheets. Besides that, the solutions to these worksheets are also available in PDF format.

What is the central idea of this passage?

My cat, Rosy, is the best pet in the world. She comes when I call her. She loves to play and walk with me. Whenever I feel sad, she sits beside me and hugs me too. 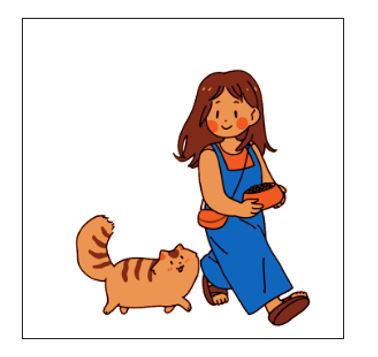 Supporting sentences consists of information that supports the main idea.

Thus the main idea of this paragraph is ‘My cat, Rosy, is the best pet/.’

The supporting details in the paragraph prove the main idea.

Why is important to identify the main idea?

How to Identify the Main Idea in a Story

Not every ‘Wh’ question will be applicable to a story, but they will provide a clue to extract the main idea

These questions help readers conclude what the text is about. Who and what are the two most vital questions. It will be sufficient to identify the main idea.

You as a reader should be able to summarize what you have read in your own words.

Story of a Cuckoo

There once was a bird called Cuckoo who would wake up late every morning. She would then go out of her nest to look for worms. But she didn’t find any. Disappointed she came back to her nest with only one worm. The next morning, all the other birds would wake up early in the morning in search for worms and they would have their fill and return before evening. But this cuckoo woke up late yet again and didn’t find anything to eat. 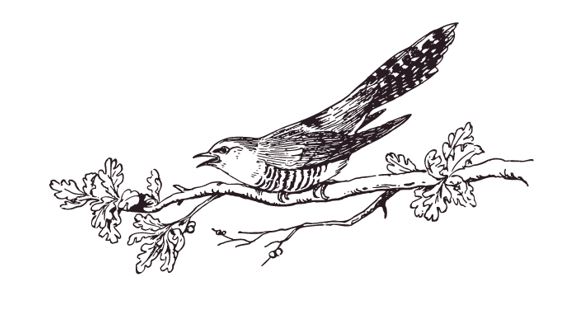 Without any food, the cuckoo was very hungry so she promised herself she would wake up early to catch her prey. The following morning, she woke up early and went off with the other birds to find food. She was happy that she found food. Never again would she be hungry again. Now, the cuckoo always wakes up early morning.

Main idea of the above story is: The cuckoo learned a lesson to wake up early.

Identifying the main idea is a challenge in itself. It is the basic thing that the story is trying to convey. You might infer the main idea from the details available to you. However, do read the story thoroughly to ensure that the main idea you have determined is correct or not.

Let us have a look at the mind map for a quick understanding of the main idea of a story. 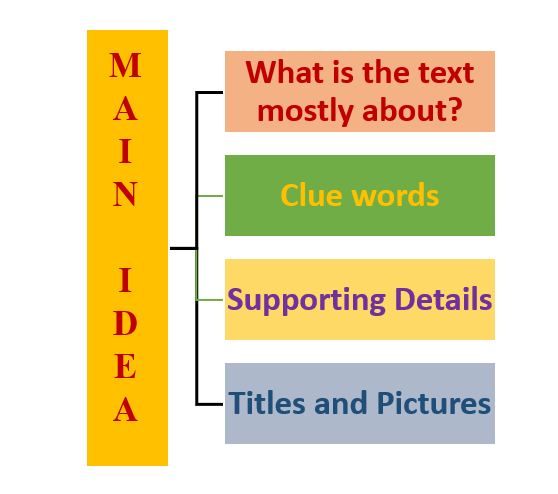