Narrative writing involves several elements. This concept is on the usage of pronouns in English from a narrative point of view. Pronouns are useful in story narration as they make sentences clearer and avoid the repetition of nouns. Apart from this, learners will also know the common errors to avoid while using such words.

This concept teaches students about:

All learning concepts covered here have been developed using mind maps, illustrations and descriptive charts keeping in mind the grade and the topic. Class 3 Students can solve the two printable PDF worksheets for a better grasp of the topic. These worksheets come along with their solutions, which are also available in PDF format.

How to use pronouns in Narrative Writing?

If you are narrating an incident or a story or an event in which you were a part of, then you should use the pronouns or first-person pronouns like we, us, our, ourselves, I, me, my, mine and myself. This is also known as the first-person point of view.

Javed, Meera, and I wanted to watch a movie, but we couldn’t decide on which movie to go for. 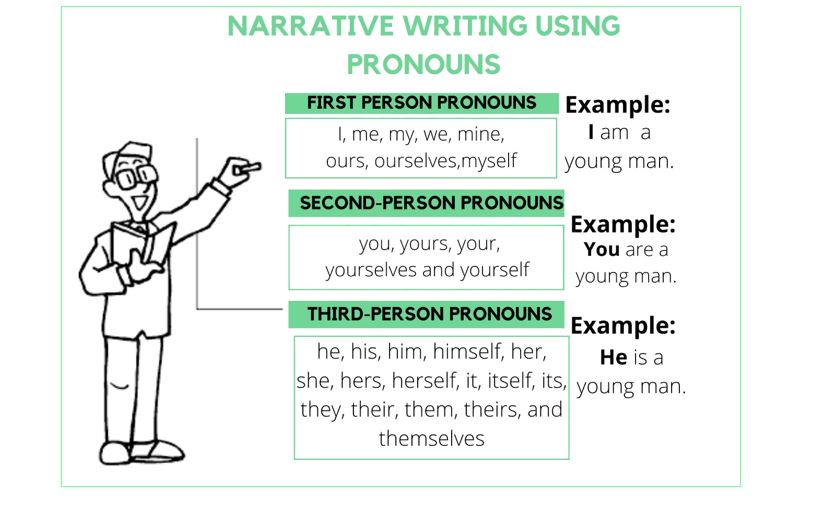