This page assists learners to understand the contraction of words in English, especially negative words. These words are used informally and adds a more personal tone.
The concept also details the rules pertaining to them and the mistakes students tend to make while using contractions negatively in sentences as well.

The contractions in English grammar for class 3 has been explained in a grade appropriate manner using illustrations, examples, and mind maps. Students can evaluate their learning by solving the two printable worksheets given at the end of the page. Download for free, the concept worksheets and check their solutions that are provided in PDF format.

Contractions are used informally or formally to shorten a written or a spoken form of a word.

Contractions written which have a negative meaning to verbs are called as negative contractions. We can use ‘nt’ contractions with ‘to be’ verbs. They are created using auxiliary verbs like be, have, do, would, can, should, etc.

Question: Have you been to the new restaurant yet?

Answer: No, I haven’t

She’s not completing her homework.

Example:
Will does not become willn’t. 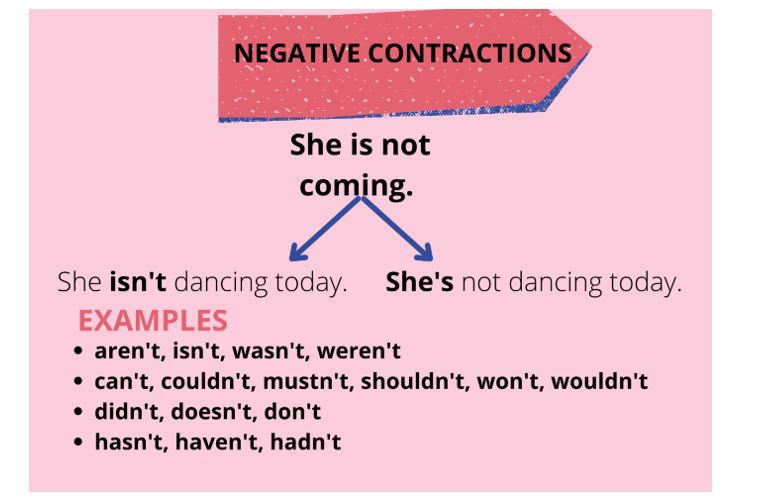