Adverb of Time for Class 3 English

Adverbs of time are used to indicate how frequently something happens. This concept elucidates the adverb of time definition with examples and how to use it.

In this learning concept, the students will know about the following:

Now, I will go to the park.

Usage of Adverbs of Time

Various adverbs of time are used to show when, for how long, and how often an action takes place.

These words show when an activity took place or will take place. These adverbs are usually placed at the end of the sentence.

This indicates how much time or duration an activity takes.These adverbs are usually placed at the end of the sentence and before the verb as well. They are also known as adverbs of duration.

Adverbs of time can also tell us how often something happens. These adverbs help to identify the frequency of the action that’s being described. These words are called adverbs of frequency.

The adverb indicates something that is expected to happen. It is usually used at the end of a sentenceor after ‘not’ in negative sentences.

This adverb of time shows that something is happening and not yet stopped. It is usually placed before the main verb and after auxiliary verbs.

Priya went to the mall yesterday.

Yesterday, Priya went to the cinema.

(Somewhat formal tone, used by somebody narrating the order of events to another person. Adverb of time immediately before the main verb.)

Look at the mind map below for quick revision: 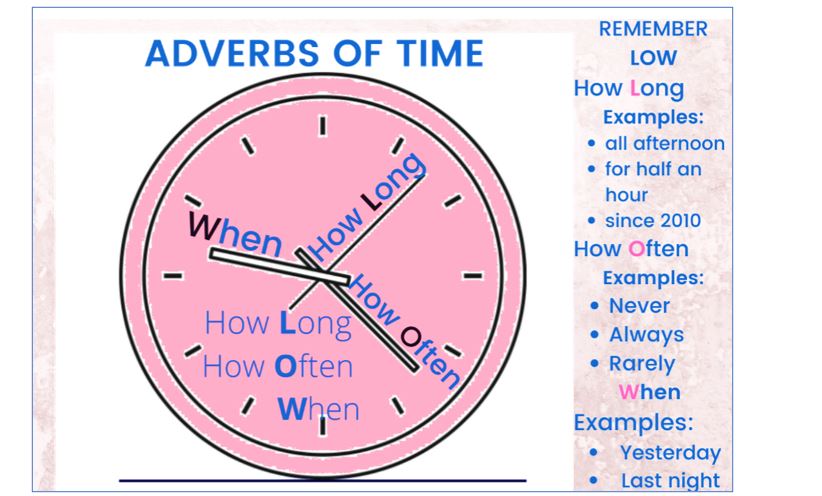