Use a, an and the for Class 3 English

Articles help to indicate the reference made to a noun in a sentence This concept specifies the definition , types, and usage of articles for class 3. Students get a chance to revise the articles a an the rules with examples which makes it easler to understand the concept.

Students will learn from this concept is:

All the grammar concepts have been explained interestingly using illustrations, examples, and mind maps. Students can check their understanding by trying to solve the two printable article worksheet for class 3 given at the end of the page. Apart from the questions, the solutions are also available for them in PDF format. 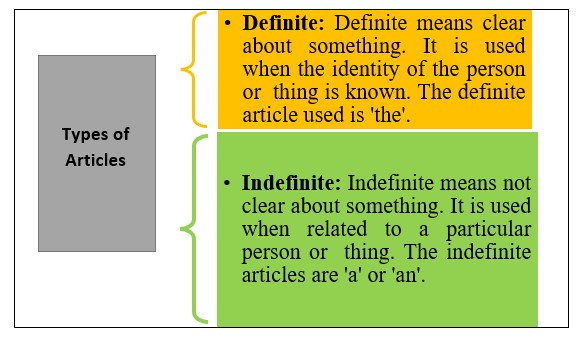 In the above example, it cannot be identified which pen or umbrella the speaker is talking about, it could be any type irrespective of color, brand or price, or quality. So an indefinite article ‘a’ or ‘an’ is used.

Usage of the Definite Article

The Pacific Ocean is the largest ocean in the world.

With countries that have plural names

With countries that have kingdoms, states, or republic in their names 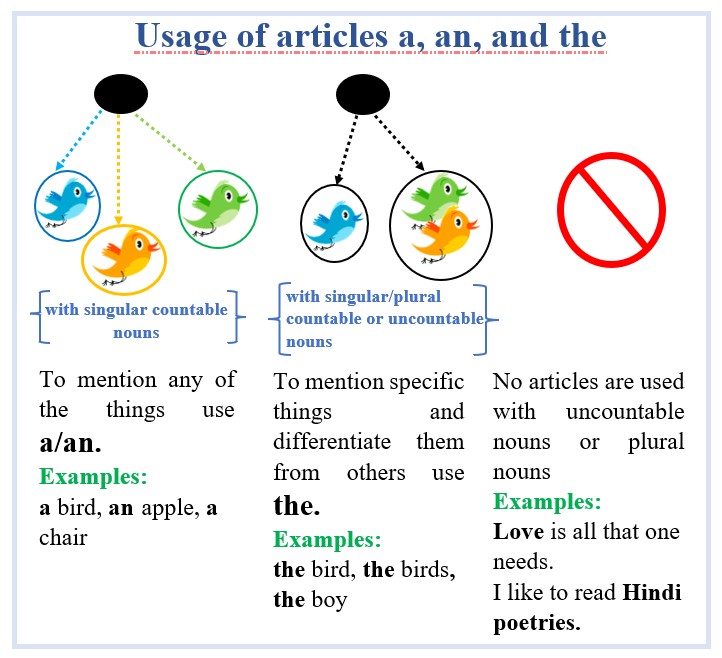