Use of above, below, over and under for Class 3 English

Some of the most commonly used prepositions in English are inevitable to avoid writing writing a sentence. This concept focusses on definition, usage of prepositions like above, below, over and under with examples. These are words of place that are used when you want to be specific while mentioning.

You will learn the following from this concept:

Each concept has been explained with precision and in an interesting manner using examples, illustrations and mind maps. Students can evaluate their learning by trying to solve the two printable preposition worksheet for class 3 given at the end of the page. Check their solutions too which are available in PDF format.

I saw an eagle flying in circles above the roof.

The jar is kept above the bills on the table. 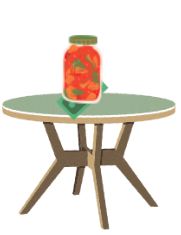 Today’s temperature is above normal.

There is a cat hiding under the table.

The flyover is under construction.

He has an injury below his left eye.

They live in the apartment below ours. 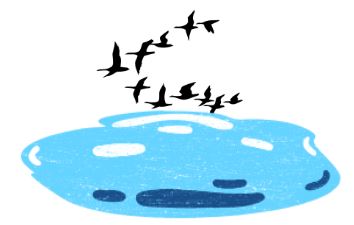 Difference Between ‘under’ and ‘below’: 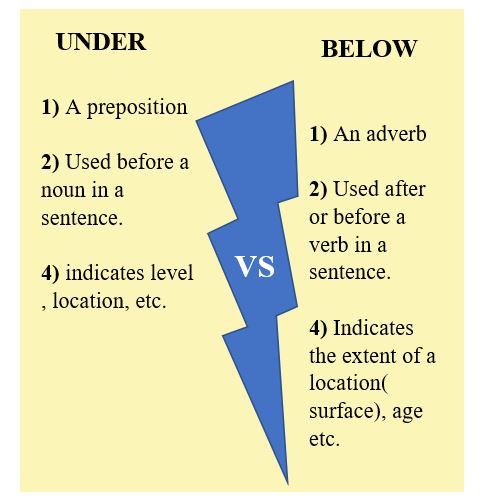 Difference Between ‘above’ and ‘over’ 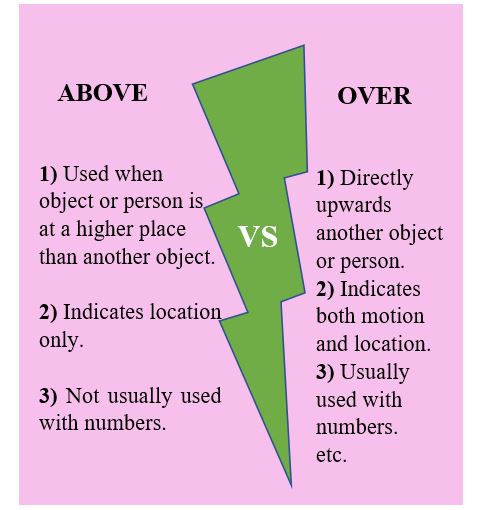 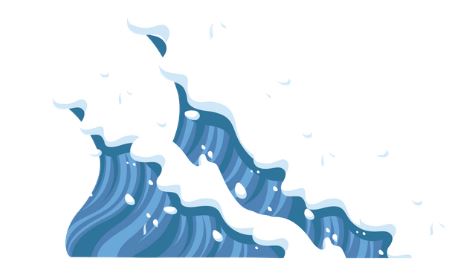 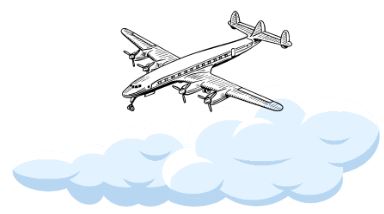 Use above, but not over, for things that are at a higher level.

They made the dog comfortable and put a thick blanket over it.

They made the dog comfortable and put a thick blanket above it.

She wore an amazing white shirt under the red coat.

She wore an amazing white shirt below the red coat. 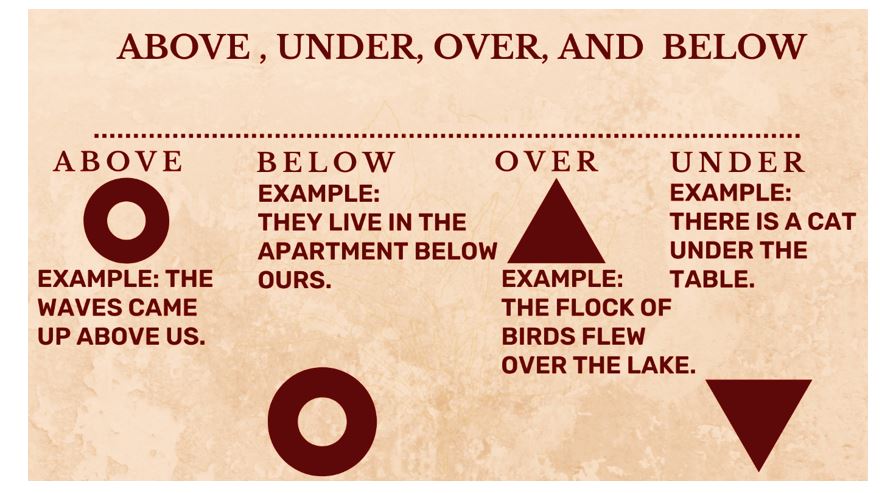