Concept: Write a Story based on the Picture

In a picture composition students observe the picture carefully to describe it or put it in the form of a story.

A picture can be a worth a thousand words and ideas as popularly said. 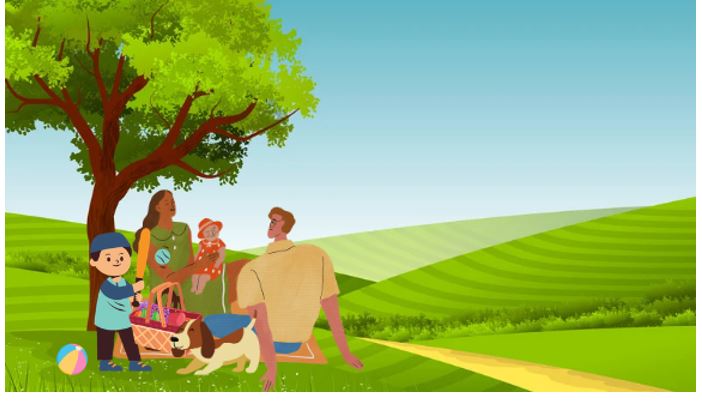 Q.Look at the above picture. Write a story about the day you went to the park on a family picnic. Use the picture as a reference for your composition.

My family had decided to go on a picnic at a beautiful park. My father, mother, sister, and pet dog all left for the park early morning. We were excited to spend the time at the park.

Since it is a little away from the city, we started our journey to the picnic spot early in the morning. We got a lot of food and toys. Once we got to the park, we selected a spot to place the mat. After we had got all our things, my father suggested we play with the Frisbee. My sister and I joined to play with him. We played football after that, and even our pet dog played with us. We had loads of fun. After a while, we ate a few sandwiches which mom had made. In the afternoon, we sat under a tree and rested for a while. In the evening, the tea and corn sellers passed by. We brought some corn and ate it happily. We ended our picnic before it got dark. It was a memorable day, and we enjoyed the entire day.

How to Write a Story from a Picture? 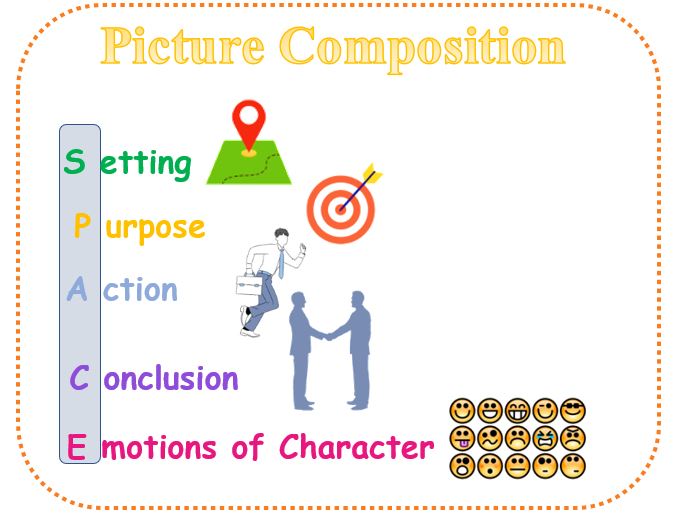