The student will learn to

This concept is explained to class 3 students using examples, illustrations and concept maps. At the end of the page, two printable worksheets of comparing and ordering numbers with solutions are attached for the students.

When working with the numbers, it's important to be able to compare the value of two or more numbers and arrange them in order. The process to find if a number is greater than, smaller than or equal to the other number is called comparison of numbers. 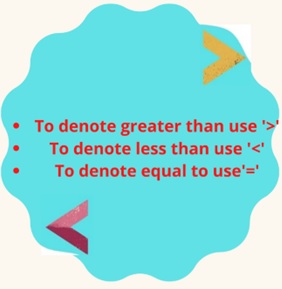 How Do You Compare Numbers:

Arrange the Numbers in Ascending Order:

Comparing the numbers at thousand’s place, it is clear that

Arrange the Numbers in Descending Order:

Comparing the numbers it is clear that 3 > 2. So, the greatest number among these numbers is 3596.

Formation of Greatest and Smallest Number From the Given Digits:

Form the greatest digit from the given numbers 5, 7, 8.

Hence, the greatest number is 875.

Form the smallest digit from the given numbers 5, 7, 8.

Hence, the smallest number is 578. 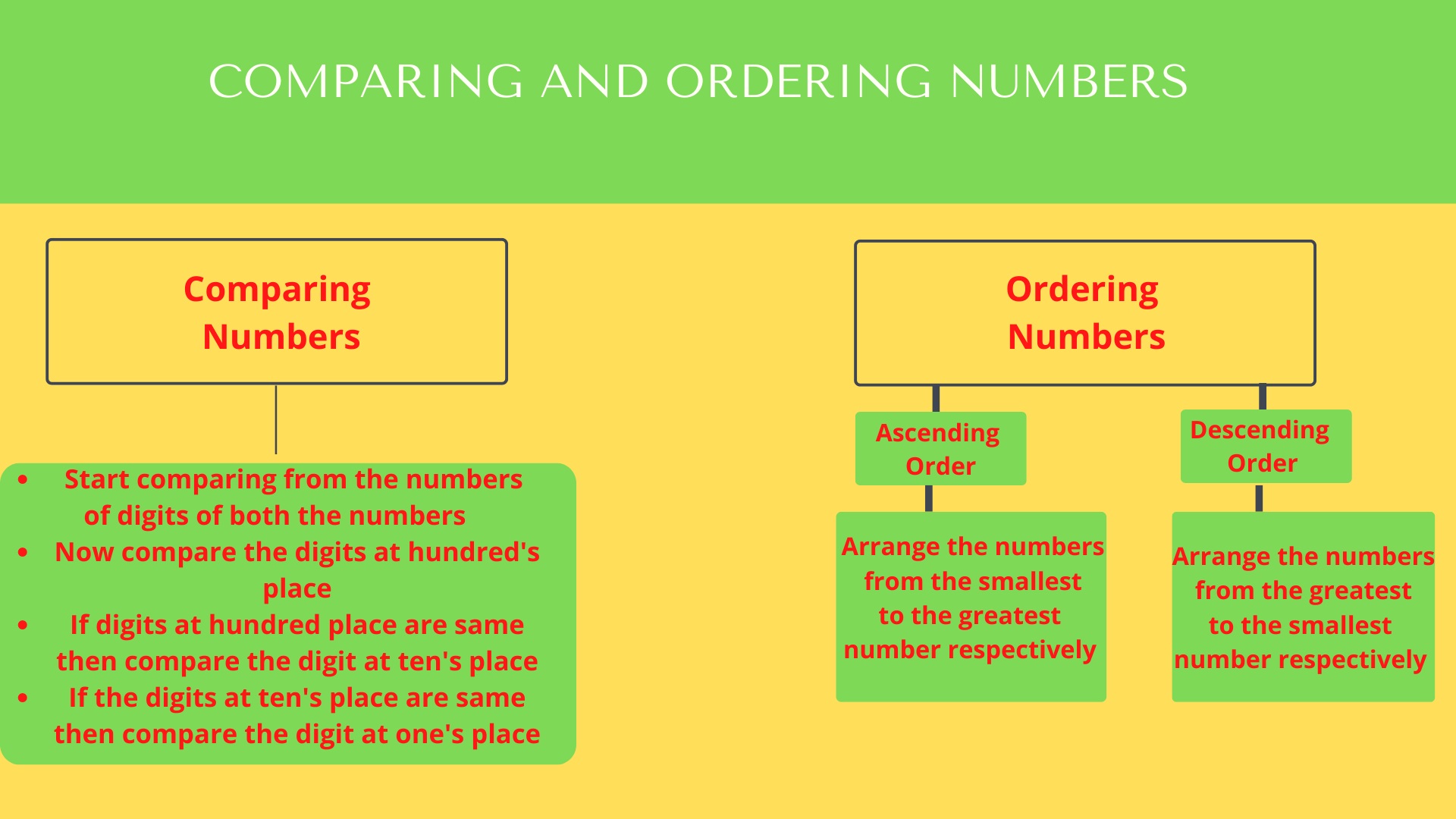