Fruits and Vegetables for Class 4 EVS

Download the worksheets and check your answers with the worksheet solutions for the concept of Fruits and Vegetables provided in PDF format.

Vegetables are the leaves, stems, roots, or other parts of plants that people eat as food. 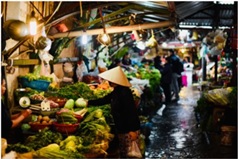 The vegetables that we can categorised into the following types—

Some Common Fruits That We Eat:

However, due to the development of farming techniques, some of the above-mentioned vegetables and fruits (especially vegetables) are found in the market throughout the year. 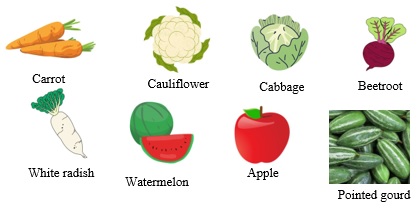 Importance of Vegetables and fruits:

Fodder: Dried straw or hay that is used as food for cattle or livestock.

Starch: It is a component of food that is made of carbohydrates.

Tropical: Indicates the climate, which is hot, humid, and frost-free.

Vegan: Food that does not have any animal-derived products. 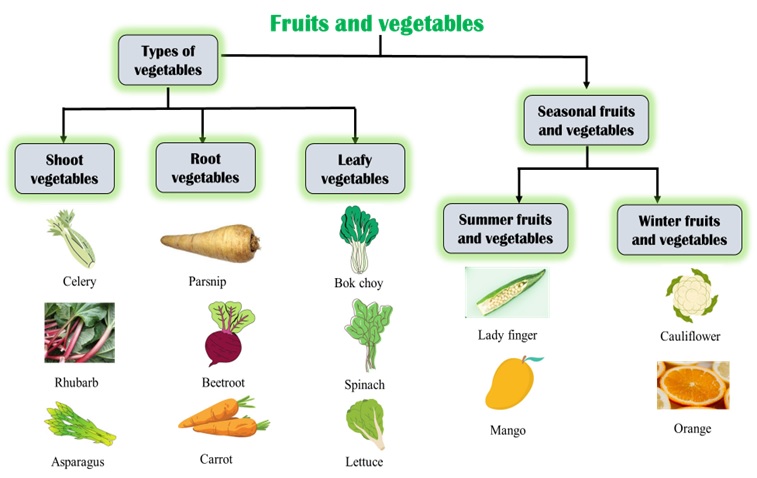