All English grammar concepts for class 4 have been covered using examples, mind maps and illustrations. To assess the understanding of these concepts, students can easily access these worksheets that consists of create a poem with your own words exercises. The solutions to these worksheets are also available in easily downloadable PDF format.

Clerihews are funny poems you write about specific people who are popular or celebrities.

How to Write a Clerihew?

Start with writing about yourself first.

This comic poetic style is extremely quick to read.
You can write clerihew about your favorite star, your best friend or pet.

George Washington was a great guy
Who could not tell a lie .
As the first president of the united states
He rarely had times to take his wife and dinner dates. 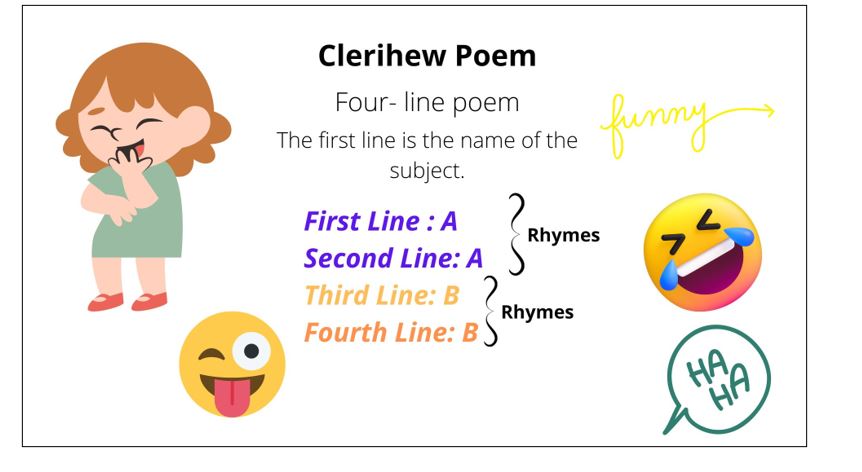