Compare and Contrast Information in the Text for Class 4 English

From this learning concept, students will also learn:

All the learning concepts covered for Class 4 have illustrations, mind maps, and examples. Students can determine their understanding of this topic by attempting to solve the two printable PDF worksheets. The solutions to these worksheets are also available in PDF format.

What is Compare and Contrast in a Reading Comprehension?

Why Compare and Contrast Information in the Text?

How to Compare and Contrast within a Text?

Read the passage below to compare and contrast information. Check the similarities and differences between two things by simply drawing a circle or using the Venn diagram as shown in the example below. 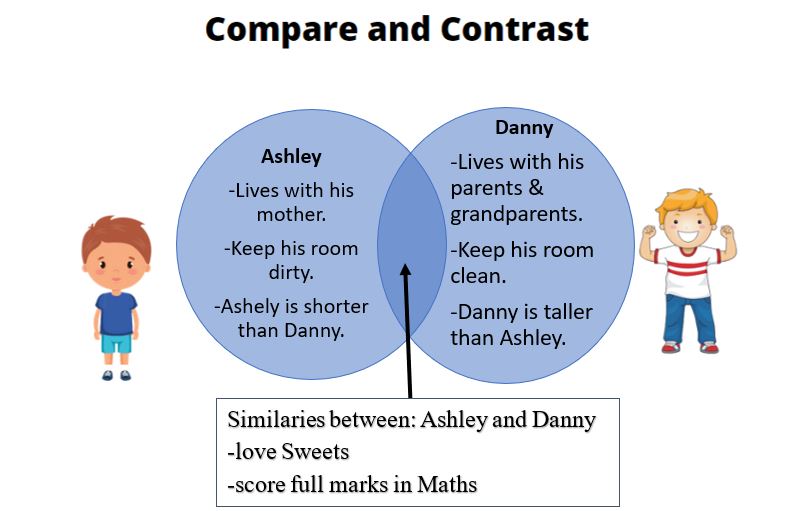 Mohit has two best friends; one is Danny, and the other is Ashley. Danny and his parents stay with his grandparents, whereas Ashley stays with his mother. Whenever Mohit visits Danny’s house, he notices Danny’s room is always dirty. However, Ashley’s room is always clean. When Mohit plays baseball with his friends, Danny can always shoot balls in the loop better because he is taller than Ashley and Mohit. Mohit’s friends are different in many ways, but they have many similarities. Both of them love sweets, and they are equally smart since they score full marks in Maths. Mohit enjoys playing with both of his friends. 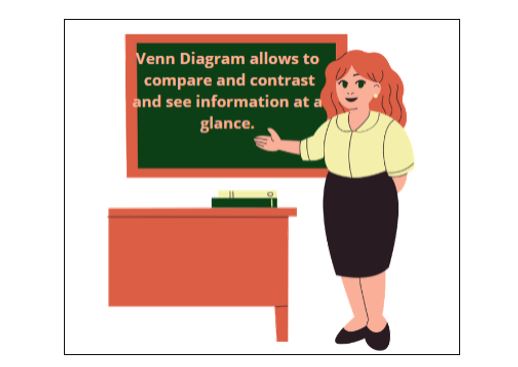 The reader is expected to know that petrol vehicles cause air pollution since they pollute the air. 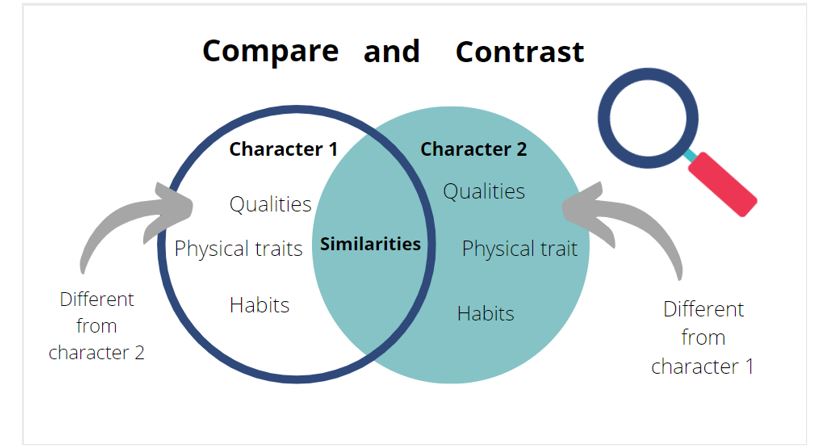