Sounds Words in English for Class 4

It is important to use sound words in English while writing a story as that helps to engage the readers. In this chapter, students will know the descriptive sounds, usage, and common mistakes that occur while using it.

From this learning concept, students will study:

All the learning concepts covered in Class 4 using mind maps, illustrations, and examples. Students can resolve the two PDF sound worksheets given at the end of the chapter. The solutions to these worksheets are also available in PDF format. 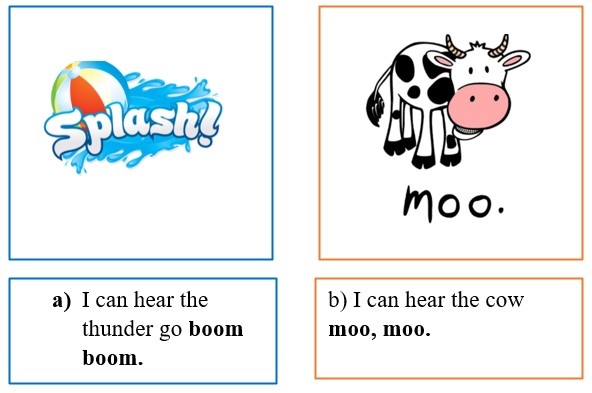 Uses of Sounds in Text

Many sound words show the sound that the action makes. These words express sounds. These sounds help make the text lively and expressive.

Sound words can be memorized

In a story, characters express their thought or emotions with words. Sometimes their action also is accompanied by sounds words that tell you more about the current situation of the character.

B) Sounds Made by Objects

Describing objects in the sounds of objects whether they break, collide, shatter, etc.

Sounds Made by Different Animals

Using too many descriptive sounds can confuse the reader in describing or imagine things. 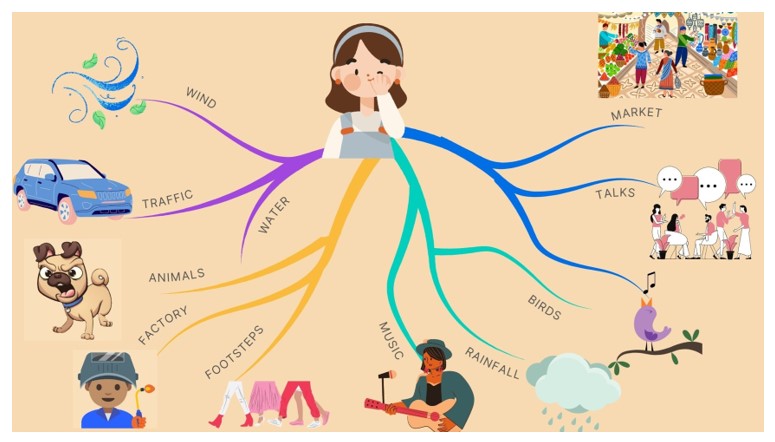