The students will learn about the gender and the three different types of genders : masculine, feminine, and neuter gender. They will also know to change the genders of a noun if they add suffix.

Every concept is taught to class 4 English students with the help of examples, illustrations, and concept maps. Once you go through a concept, assess your learning by solving the printable gender worksheet for class 4 given at the end of the page.

Download the worksheets and check your answers with the worksheet solutions for the concept Masculine, Feminine and Neuter Gender provided in PDF format.

Things that cannot be categorized as male or female gender. Hence the words like house, knife, tree, chair, cupboard are termed as neuter gender.

Changing Masculine Nouns into Feminine Nouns If You Add Suffix

Nouns can be changed from one form to the other. Some feminine nouns can be made from masculine nouns by the adding the suffix ‘ess’ to the noun. 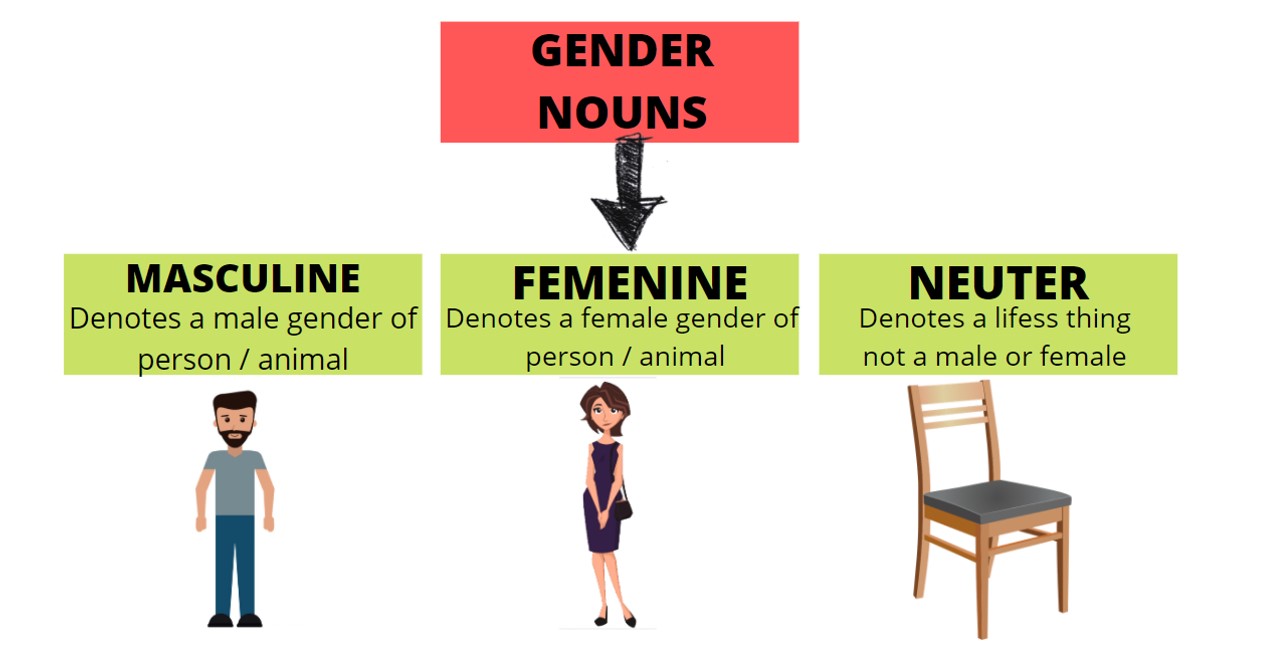