What is a Pronoun?

A pronoun is a word that can replace a noun and can perform all of the grammatical functions as a noun can. In general, we use pronouns to shorten our sentences and avoid repetition.

Pronouns are words like I, he, she, it, they, each, few, many, whose, etc., these words replace a noun. 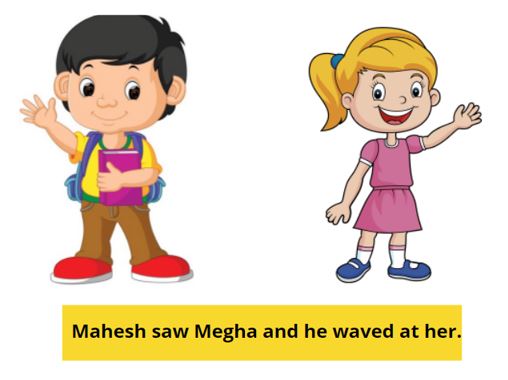 The pronoun ‘he’ and ‘her’ take the place of nouns like ‘Mahesh’ and ‘Megha’.

Personal pronoun represents specific people or things that we are talking about.

When discussing ‘person’ in terms of grammar, the following rules apply: 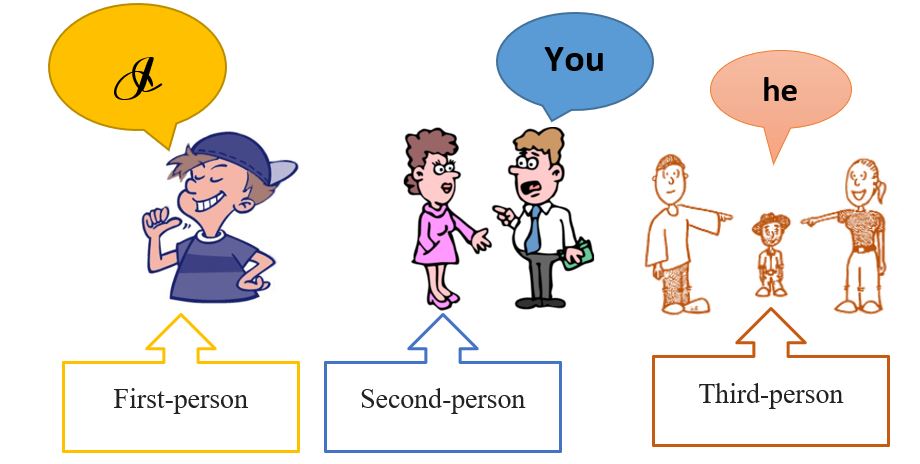 Personal pronouns may take on various forms depending on the number (singular or plural).

Personal pronouns provide us with the following information:

Placement of a Pronoun:

Pronouns also demonstrate two of the major noun functions that are: acting as a subject or as an object.

The object pronoun is a type of personal pronoun that takes the place of a noun that follows an action, verb, or preposition.

Object pronoun includes words like me, you, him, her, it, us, and them.

For pet animals like (cats or dogs), we can use he or she, but sometimes we generally use ‘it’ to refer to an animal.

Look at the dog! It is a golden retriever.

Refer to the mind map to remember the personal pronouns better. 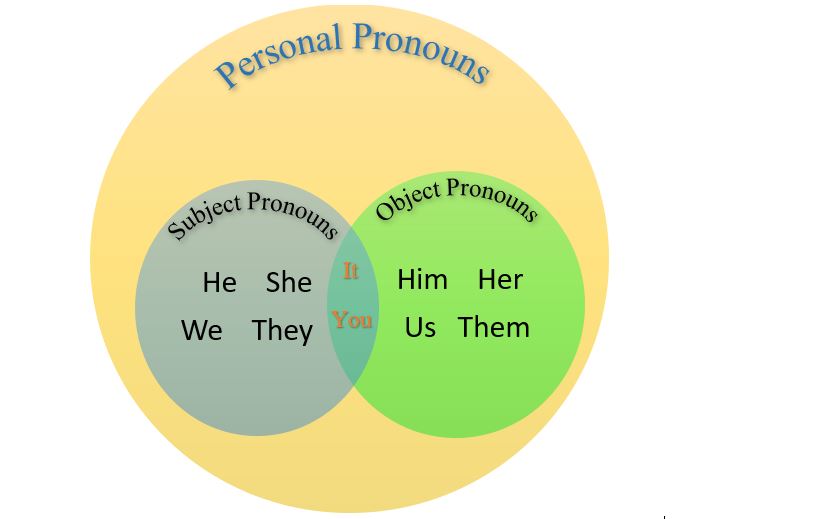