A proper noun is the name of a particular person, animal, or thing. Words like Mary, Hyderabad, Mount Everest are all specific names used for a person, place, or mountain, respectively.


A collective noun is a name given to a collection of people, animals, things. This collection refers to things of the same kind. Examples for this type of noun are a class of students, an army of ants, a pair of shoes, a cluster of coconuts, a mob of deer.

Abstract nouns can be classified into subcategories like quality, emotion, state, idea, etc. Abstract nouns cannot be counted; Hence they are uncountable nouns.
Most of the abstract words fall could be grouped in the categories listed below. Look at a few of the examples listed under each category. 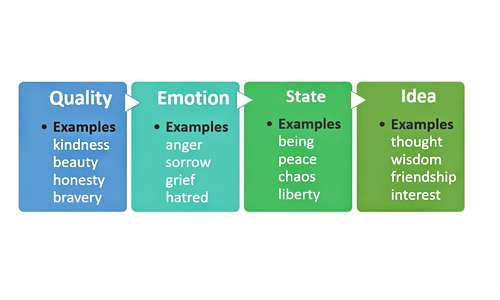 Think about all the qualities that a person might want or not want are a part of abstract nouns.


The emotions that a person feels, like anger, sorrow, and hatred are a few examples of abstract nouns.


It is a specific condition that someone is in at a particular time—words like being, peace, chaos, liberty, etc.


Ideas refer to the thoughts that a person thinks of. This type could include words like beliefs, interest, sacrifice, etc.

✔ There was a lot of hatred between the soldiers during the war.

❌ There was a lot of hatreds between the soldiers during the war.

✔ Kindness is rewarded by many.

❌ Kindness are rewarded by many.

Let’s take a look at all the types we studied today. 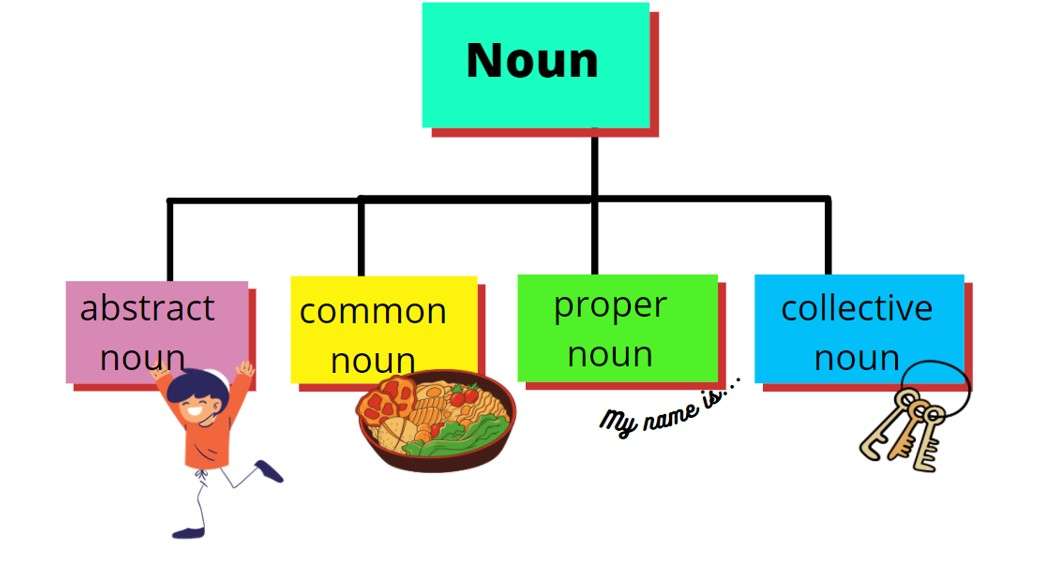