Relation between Subject and Verbs for Class 4 English

In most English sentences, when there is a verb, the subject performs the action that is signified by the verb. In this chapter, students will know the relation between subjects and verbs and everything else related to it.

From this learning concept students will also learn:

All the learning concepts covered for Class 4 have mind maps, illustrations, and examples. Students can check their understanding of the topic by solving the two printable PDF subject and verb agreement worksheets. The answers to these worksheets are also available in PDF format.

What Is Subject and Verb?

What is the relation between Subject and Verbs?

What Is Subject Verb Agreement?

Let us take a look at the subject-verb agreement rules below.

Note: The Subject of the sentence is shown as S and the verb as V.

However, in sentences that begin with ‘there is’ or, ‘there are’, the subject is placed after the verb. Since ‘there is’ is not a subject, the verb agrees with the subject that follows a verb.

The word ‘Games’ is the subject of the above sentence, and it’s plural, so the plural verb ‘are’ is needed to be grammatically correct.

2. Another exception to the previous rule. If the list contains singular or plural nouns, the verb that precedes agrees with the first noun in the list.

But it sounds odd to have ‘are’ next to the singular noun phrase on a cupboard. The verb ‘is’ would sound ideal here.

Though both the sentences are correct, the second one is usually followed by many as it sounds more usual. Thus, when the subject after ‘there is’ or ‘there are’ is a list of items, make the verb agree with the first noun in the list. 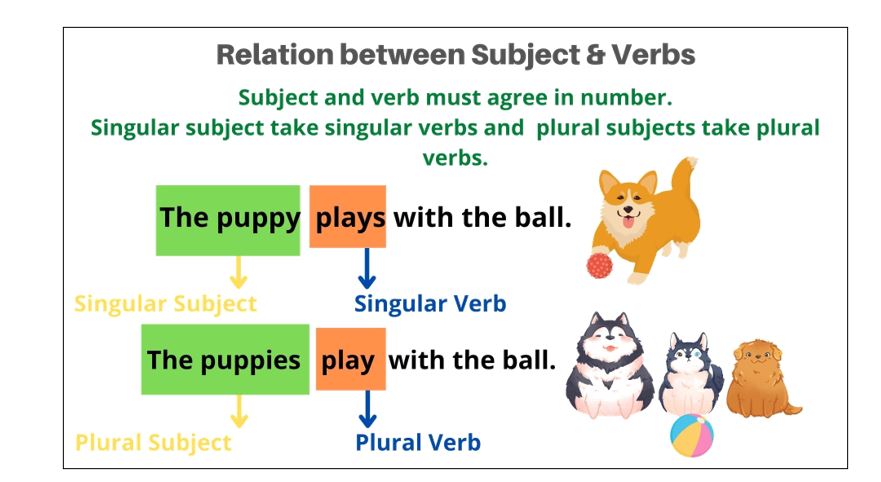