Deforestation is the clearance or removal of forest-covered areas by cutting down trees extensively in a forest.

People have been cutting down trees for many years. But, nowadays, large areas covered with trees are reducing rapidly due to deforestation. It poses a considerable problem as it affects the environment in many ways. 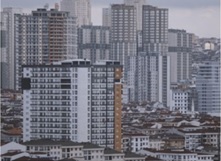 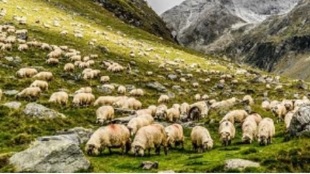 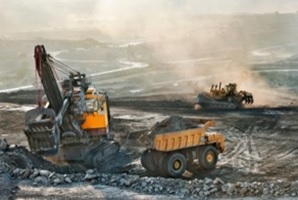 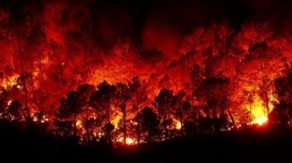 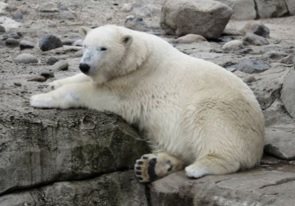 5. Changes in the rainfall pattern: 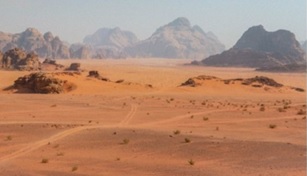 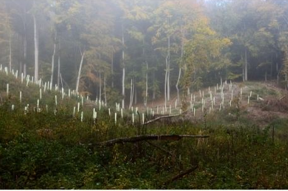 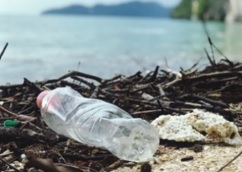 5. Management of the expansion of the cities: 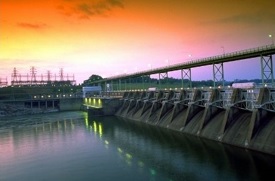 Slash and burn method: A popular method of growing crops in which forested land is cleared and remaining vegetation is burned.

Humidity: It is the amount of water vapour present in the air.

Population: The number of people residing in a specific geographic area.

Atmosphere: The Earth is surrounded by a blanket of different gases, which is collectively called the atmosphere.

Erosion: It is a natural process by which the top layer of the soil gets washed away by rainwater or strong wind. 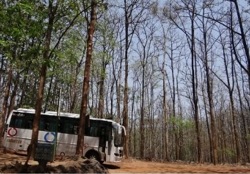 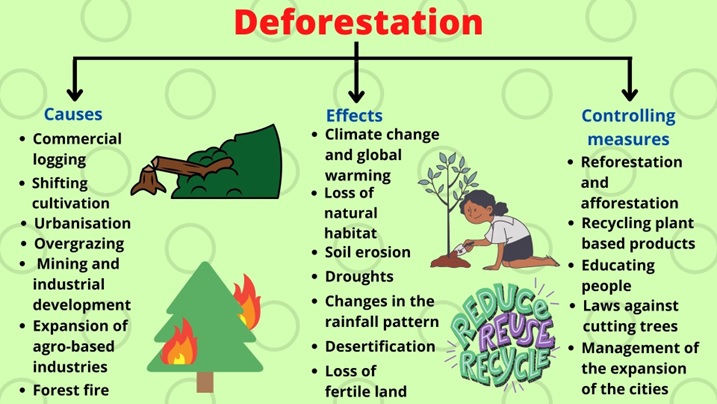