Why should we purify water?

Water is a vital natural resource. However, raw water contains different types of solid and liquid impurities. These impurities may be present either in a dissolved or undissolved state.

Since, drinking such contaminated water may lead to various ailments, water must be purified before it is consumed. 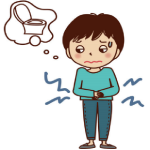 Different methods of purification of water: 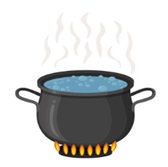 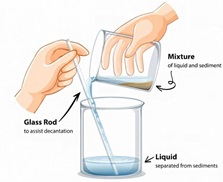 What is a water treatment plant? 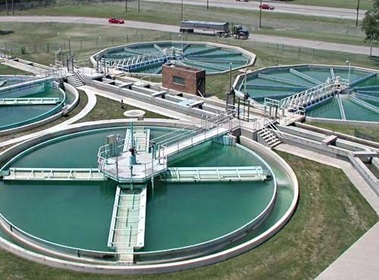 The wastewater is passed through a screen. This process removes big objects like bottles, rags, sticks, plastic bags, cans, etc.

The wastewater is gradually passed through the grit and sand removal tank. As a result, grit, sand, and pebbles settle at the bottom.

Air is passed through the obtained water, which encourages the growth of bacteria. This step is carried out because bacteria decompose food waste and other unwanted materials in the water. After several hours, the bacteria settle at the bottom, whereas clear water is collected.

Water purified through aeration is unsuitable for drinking water. It needs to be disinfected by treating it with chlorine or passing UV rays through the water.

Scraper: A device to scrape out dirt or unwanted matter. 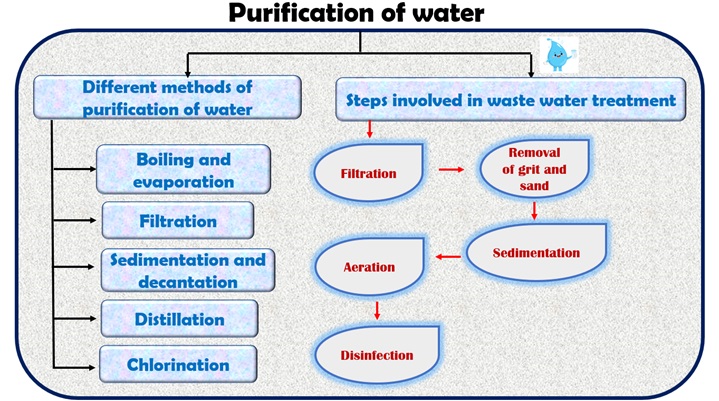